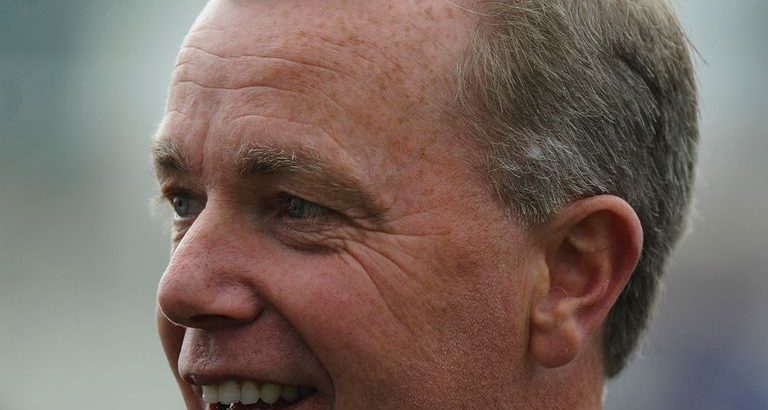 An appearance at Royal Ascot will be considered for El Caballo after providing trainer Karl Burke with a birthday winner at Carlisle.

Runner-up on his racecourse debut at Doncaster last month, the Havana Gold colt was the even-money favourite to go one better in the British Stallion Studs EBF Novice Stakes – the first race to take place of a paying crowd on a British racecourse this year.

Always travelling strongly in the hands of Sam James, El Caballo moved to the lead with over two furlongs still to race and soon put distance between himself and his rivals – passing the post two and a half lengths clear of Bond Power.

Burke, celebrating his 58th birthday, said: “He’s a nice horse and he’s definitely a horse who will be stepping up to Listed or Group races as a two-year-old somewhere along the line.

“He handled the (soft) ground, but I don’t think he needs it.

“Where we go from here, I’m not sure. I think six furlongs will probably his trip. We could go to Ascot, but the six-furlong race is the Coventry and whether that’s a step too far at this stage, I don’t know. We’ve got plenty of time to think about it.

El Caballo returned to the winner’s enclosure to gentle applause from racegoers.

“It was a surprise to see the queues and things when we arrived, but it’s good,” Burke added.

“Everybody needs to get back to normal as soon as possible.”

The mother and daughter team of Karen and Gemma Tutty combined to land the Thursby Handicap with 20-1 shot Tangled.

There was still several in with a chance as the post loomed, but it was Tangled who prevailed by a head from Garden Oasis, with Soaring Star and Give It Some Teddy close up in third and fourth.

Karen Tutty said: “From where I was stood I thought he’d won, but they took a while to announce it and I’m always nervous of celebrating too early because you’d look and idiot!

“He has to be ridden for luck and in a big field he often gets boxed in or whatever, but he’s done it really well.

“You have to deliver him on the line and it panned out well today.”

There was a similarly exciting finish to the Blackwell Handicap, with 3lb claimer Faye McManoman seen to good effect aboard the Michael Mullineaux-trained winner Somewhere Secret.

The 16-1 shot edged out 11-4 favourite Ventura Flame by a neck, with Tomily just a nose further away in third.

“The last twice he hasn’t come out of the stalls (quickly) with one thing and another. Last time he came out with the blindfold on, so that was game over really,” said Mullineaux.

“He’s been in good order and he’s a nice, big, strong horse. We had a nice draw an he loved the ground – the softer the better for him as he gallops through it like it’s not there.”

Roger Fell’s End Zone (7-2) was a half-length winner of the Penrith Handicap under Callum Rodriguez, while Brian Ellison’s Pallas Lord (9-1) opened his account at third time of asking in division one of the Durdar Maiden Stakes, with Harry Russell the winning rider.