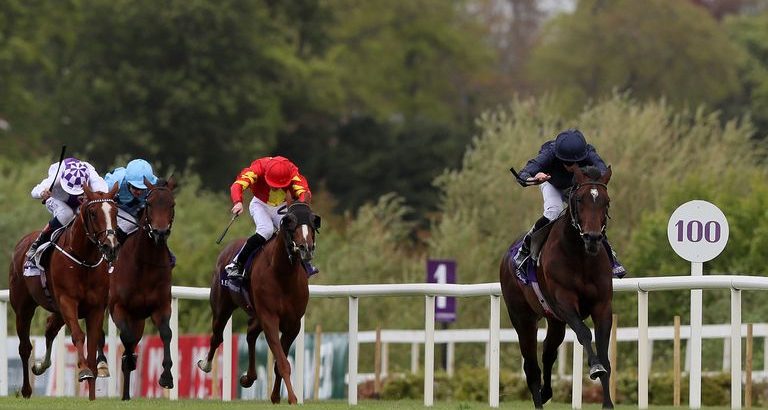 Bolshoi Ballet leapt to the head of the Cazoo Derby ante-post market with an impressive trial victory at Leopardstown.

Aidan O’Brien’s Galileo colt was far too good for his rivals in the Derrinstown Stud Derby Trial Stakes – a race which has been springboard to a succession of the Ballydoyle trainer’s champions over the years.

Ryan Moore tracked big outsider Wexford Soil in the early stages of the Group Three, before taking over with three furlongs to run and quickly scooting clear with a quarter of a mile to run.

The outcome was instantly beyond doubt, and the even-money favourite crossed the line six lengths clear of his vain pursuers, led by stablemate Lough Derg.

Mac Swiney failed to boost his Derby prospects by managing only a near seven-length fourth.

Bolshoi Ballet, who was following up his course-and-distance victory in the Ballysax Stakes last month, was quickly promoted to outright favouritism for next month’s Derby – at as short as 7-4 with Coral.

He had previously shared the top of the market at around 5-1 with unbeaten stablemate High Definition, who had to miss his intended prep run in Lingfield’s Derby Trial on Saturday because of a poor blood test but may yet be in action in the Dante Stakes at York this week.