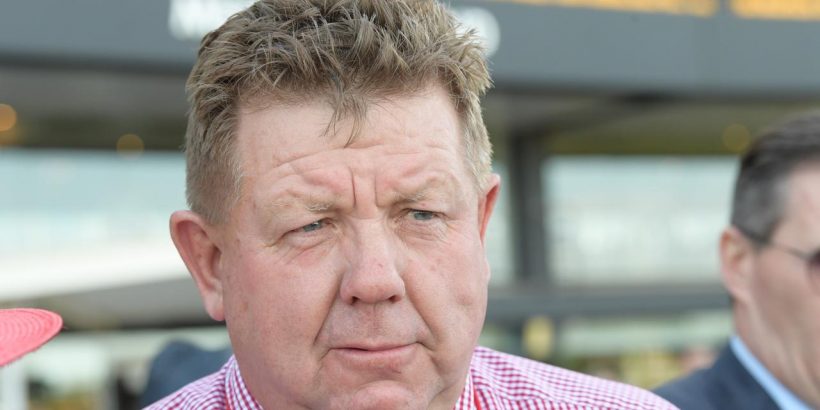 This Saturday marks something of a fork in the road in Scone trainer Brett Cavanough’s attempt to go back-to-back in The Kosciuszko.

Last year the Scone-based trainer won country racing’s richest prize when one of Australia’s most exciting horses, It’s Me defied her inexperience and serious injury during the race to remain unbeaten in the $1.3 million contest.

It’s remains up in the air if It’s Me will have overcome her tendon injury to form part of Cavanough’s team in this year’s renewal of The Kosciuszko in October.

“She’s being rehabbed and until I get my hands on her I’m not sure where she’s going,” he said. “I’m not going to be drawn into a program or any plans.

“Obviously, her leg has to stand up but she’ll be given as much time as she needs.

“I’ve still got four months so anything is possible.

“The owners are really patient and they aren’t tied into running in The Kosciuszko or The Everest. They are also open to winning some black type with her if we get her back.”

On Saturday, Cavanough will venture to Randwick with his smart galloper Fender and the progressive filly Patino Ruby.

The trainer regards the two horses as leading candidates to represent him in The Kosciuszko later this year.

“That race gives me a bit of a guide on how to handle him in the spring,” Cavanough said.

“If he can run a strong 1400 it gives me options to go onto a mile after The Kosciuszko if he was to gain a slot.

“I think he’s right there in contention for one of the spots in the race. Surely, he’s one of the best credentialed horses around.

“The Kosciuszko is probably a no-brainer for him if he gets in and then after that, this Saturday could go a long way to deciding what is a possibility.

“It might be Melbourne, it might be The Hunter, The Gong and The Villiers. Options start to open up if he can tick the 1400 metre box in the Civic Stakes.”

Patino Ruby was scratched from the Highway Handicap last Saturday in preference for a race this week against her own sex and age group.

“I wanted to run her last week but she’s a little fine filly and I just thought – 56 kilos, wide gate on a heavy track against those tough older horses – I didn’t want to knock her about too much,” Cavanough said.

“This week’s race is a (benchmark) 72 three-year-old fillies race over 1300 metres and it would tick a few boxes – 1300 in an open three-year-old on a Saturday.

“A win in that might poke her head into Kosciuszko calculations.”

TAB Fixed Odds have a pre-nominations market for The Kosciuszko where punters get bets refunded if their selection doesn’t secure one of the 12 slots for the race.

Originally published asCav planning his defence in The Kosciuszko