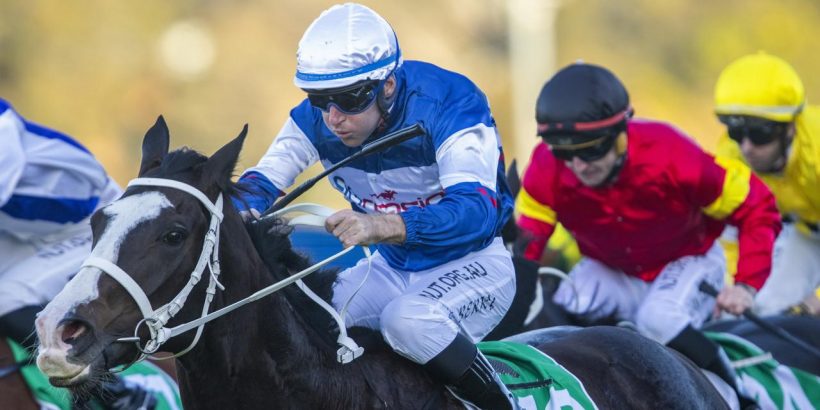 Milestone man Tommy Berry brought up 100 city winners for the season but saw his Sydney jockeys’ premiership pursuit severely dented when he picked up a careless riding ban at Rosehill on Saturday.

Berry was the star of the show again at Rosehill, piloting four winners but it was his victorious ride on the Chris Waller-trained Mubariz which will see him spend vital time on the sidelines.

After chalking up winners on Cape Breton, Oscar Zulu and Great House for Waller, he nabbed a fourth for the day on Mubariz in the Precise Air Benchmark 94 Handicap (1800m).

But shortly after he’d raised the bat for a remarkable metropolitan 100 winners for the first time in his career, Berry found himself answering to stewards.

Berry pleaded guilty to a careless riding charge after allowing his mount to shift in at the 150m mark when not clear of Pandano, causing it to check and lose its rightful running.

He was handed a six-meeting suspension that will begin after next Saturday’s Group 1 Stradbroke Handicap meeting and conclude on Wednesday, June 23.

It’s a huge blow to Berry’s title hopes after narrowing the gap to James McDonald (109 winners) to nine winners with less two months left in the campaign.

Meanwhile, apprentice Reece Jones also left Rosehill with a ban for his effort on Catesby in race five.

Jones pleaded guilty to careless riding after allowing Catesby to shift in at the 600m mark on Charretera, which was pushed into the path of Matowatakpe.

He was suspended from Tuesday, June 15 with his suspension to expire on Friday, June 25.