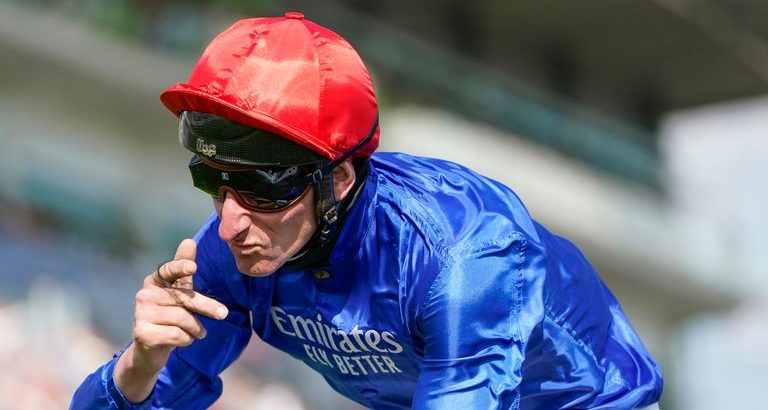 Adayar sprang a 16-1 surprise as he came home a wide-margin winner of the Cazoo Derby at Epsom.

Trained by Charlie Appleby and ridden by Adam Kirby, the Godolphin-owned son of Frankel shot clear in the final furlong to give his handler a second win after Masar in 2018.

Bolshoi Ballet and John Leeper were both ultimately well beaten and the result provided Kirby with a happy ending, after he was jocked off John Leeper earlier in the week in favour of Dettori.

Oisin Murphy was booked for Adayar, but Kirby then replaced him on Thursday. 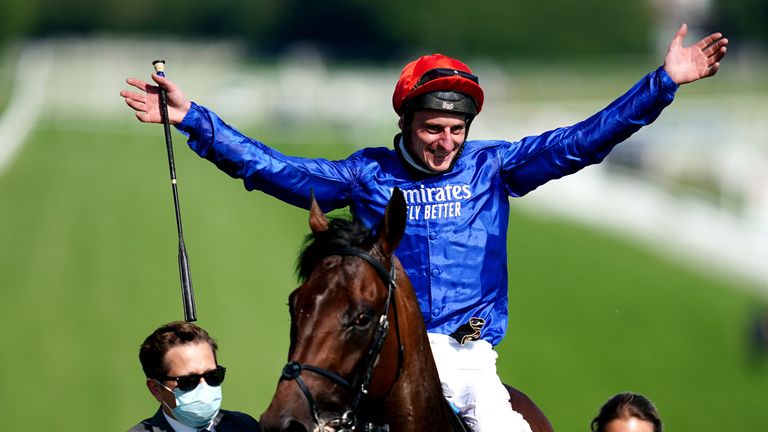 Appleby said: “All the credit goes to Sheikh Mohammed and Team Godolphin. We spoke on Wednesday night after the horses did their breeze in the morning and I’ll be honest, I said to His Highness I couldn’t be happier with them all, but I did feel this horse was more a Leger horse, and he said ‘Charlie, run him, there’s only one Derby.

“But from the team’s point of view, it’s fantastic, they all work so hard.

“I’m delighted for Adam, it was a fantastic ride and it’s something all jockeys want to achieve.”

How the Derby unfolded

Gear Up set the early gallop, with Kirby on his heels aboard Adayar and Youth Spirit also prominent in the early stages.

Favourite Bolshoi Ballet was also towards the head of the field, settled in fourth on the outside, while the well-fancied John Leeper was restrained in last place by Frankie Dettori until the field reached Tattenham Corner.

Gear Up started to drop away with two furlongs to run, allowing Kirby a run up the inside rail and he soon put daylight between himself and the field.

Mojo Star finished well from off the pace to take second, with Hurricane Lane also keeping on at the one pace for minor honours, but Adayar prevailed by four and a half lengths.