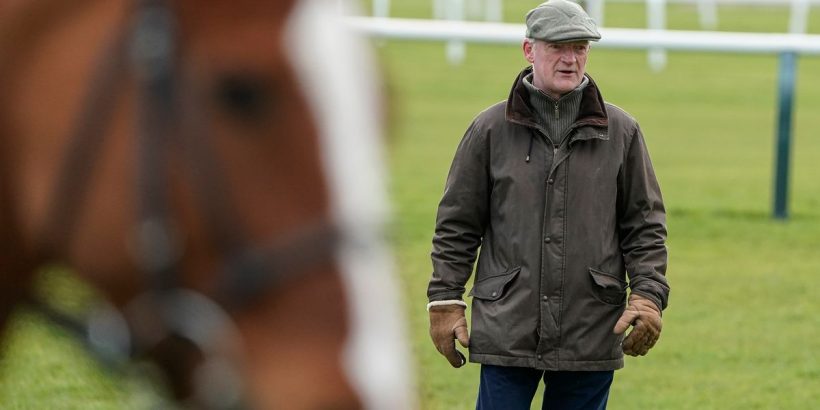 The name Willie Mullins puts fear into the bookmakers at the Cheltenham Festival every year.

So far Mullins has 72 to his name, with seven of those recorded 12 months ago.

Paddy Power are offering odds of just 1-5f that he will be crowned top trainer at the meeting for the third year in succession.

Paul Townend, who will be aboard Al Boum Photo as he bids to add to his 2019 and 2020 Gold Cup victories, is 1-3f to have the most winners from the weighing room contingent.

Paddy Power spokesman Paul Binfield said: “Willie always has an abundance of riches at the extravaganza and if he can get the Irish banker Appreciate It home in the opening Supreme, the bookies will immediately be on the backfoot.

“Al Boum Photo has been there twice before and got the t-shirt, while Chacun Pour Soi and Monkfish are potential superstars and a measure of his squad might be that we’re only 7-1 that he has 10 or more winners which is over a third of the total races.”

Here are six of the most popular Willie Mullins-trained horses with punters over the four days:

Mullins starts the meeting as he means to go on, with a 'banker' for punters in the shape of Appreciate It.

Bidding to win the race for the seventh time, the trainer's last victory in the opener came with Klassical Dream in 2019.

Appreciate It has won all three of his starts over hurdles, after finishing second in last year's Champion Bumper.

His form from last time looks strong and there should be more to come from the front-runner.

The winner of the novice event for mares at the fixture last year, she has taken two races in her stride this season.

Runner-up the previous year too, she oozes class – and copes with all types of ground.

Last year's Albert Bartlett hero has excelled over fences so far, as his size and scope suggested.

Some punters hoped he would run in the Gold Cup this year, given his raw ability.

Last seen in the Flogas Novice Chase at the Dublin Racing Festival, when stretching clear by 11-lengths, he is very hard to oppose.

In the Rich Ricci colours, Chacun Pour Soi is a red hot favourite for the Champion Chase on the same afternoon.

Withdrawn from the race on the day last year, he seems to be over his problems – and showed an excellent turn of foot to win last time out.

Mullins has never won the day two feature, but this horse looks an ideal candidate for the job.

Best Mate was the last horse to win three renewals of the meeting's most cherished prize in 2004 – and Al Boum Photo has outstanding claims of getting the record.

He gave Mullins his first success in the race in 2019 after several near misses.

The nine-year-old has taken his usual route to Cheltenham, with one run at Tramore on New Year's Day.

New rival Champ is rated the biggest threat according to the betting.

The new race of the meeting has long been the target for the admirable grey.

Second to Ryanair Chase fancy and stablemate Allaho in her first chase this season, she easily accounted for Shattered Love at Naas.

Few have such strong claims in this race and Mullins also trains the second favourite Colreevy.

*Odds correct at the time of publication, subject to change