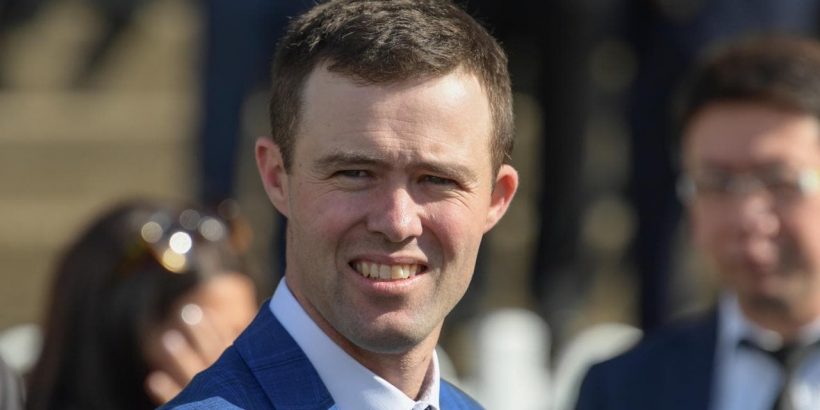 Casino Lord will be having his fourth start at home on Monday, at just his sixth career outing but it won’t be long before he is on, and in, a highway – literally.

Trainer Cody Morgan knows more than most about what is required to win a TAB Highway and reckons this son of Casino Prince has what it takes to make the Tamworth to Sydney round trip a lucrative one.

Prior to that though, Casino Lord’s immediate mission is today’s TJC Welcomes Mitchell Robinson Benchmark 58 Handicap over 1000m.

It’s a scenario that Casino Lord is familiar with given that he has already run at this track and distance three times for two wins and a barnstorming second.

Morgan’s gelding was rightfully popular with punters when he visited Narromine on April 27 and surely lost no admirers in defeat coming from the outside draw, and last place in the mid-stages to clock in third beaten a neck at the finish.

‘’He just wanted to lay in a little bit under pressure but we have worked on that since and I think he will go straight as a dye on Monday and be pretty hard to beat,’’ Morgan said.

‘’He has just improved so much this preparation. He didn’t show us a great deal at his first prep but he has come back in and been really consistent.

Casino Lord’s original weight mirrored his current benchmark rating of 62 but Morgan has been able to lessen the load thanks to his own stable apprentice, Jackson Searle.

‘’Jackson rides him trackwork so he knows him. He claims four kilos so he (only) goes up a kilo for when he won here in March so it’s not impossible,’’ said Morgan.

‘’I will probably give him this run and then he will go to a Highway, then I will tip him out and bring him back for that Highway on Everest day,’’ Morgan says.

While Casino Lord has been blessed with what looks a winning barrier, his Paul Frampton-bred stablemate Levi’s Storm has drawn so wide that Morgan will wait until the last minute to decide whether he runs or not.

The son of Shamus Award was bought by Morgan for $35,000 at the Scone Yearling Sales.

‘’He is the first horse I bought and I named him after my son, Levi.’’

“He is really well and his work is good and he is ready to win, but we have will play it by ear and have a look in the morning and go from there.’’

There are 152 days left until The Everest, or more importantly for Morgan, until the Kosciuszko where he is almost certain to be represented (again) by Ice In Vancouver.

‘’He will be nominated for Brisbane on Saturday but if everything doesn’t go a hundred percent, he will turn up in a Highway at Rosehill on the fifth of June,’’ Morgan said.

Originally published asTrainer has confident spin with Casino at Tamworth