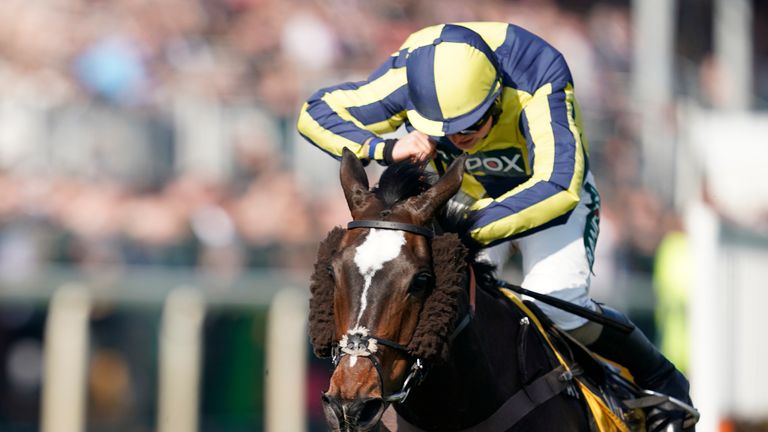 Connections of Grade One winner If The Cap Fits hope he can develop into a major player in all the staying hurdle contests this season.

The Harry Fry-trained seven-year-old showed stamina is his forte when signing off last season with victory in the Liverpool Hurdle at Aintree, on his first try over an extended three-mile trip.

Plans for the Paul and Clare Rooney-owned gelding return remain fluid, although the Coral Hurdle at Ascot in November, which If The Cap Fits claimed last year, has been identified as a potential starting point.

Jason Maguire, racing manager to the Rooneys, said: “If The Cap Fits went back to Harry Fry’s a couple of weeks ago. He did a bit of pre-training back at our place.

“At the moment we are going down the Stayers’ Hurdle route and that’s what we are aiming for. He wants a trip, but we will probably start him off in the Ascot race he won last year, then we will see what else there is.