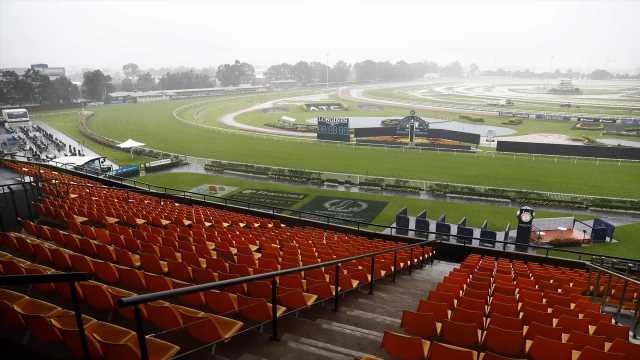 Two of Australia’s largest racing and breeding operations have praised Racing NSW’s decision to postpone and reschedule Golden Slipper day and the remainder of the Sydney autumn carnival by a week.

Vin Cox, managing director of Godolphin in Australia described the decision as “a good, strong positive move” stating “the one thing COVID-19 taught us was to be able to adapt to change and go with the flow”.

“Seven days, right, good we’re on, lets go,” Cox said. “This gives a bit of surety and a good platform to work from.

“We factor it into our plans and move on.”

“Given horse and jockey welfare is the absolute priority, there’s no question it was untenable to run the races o Saturday,” Field said.

“Given the circumstances, postponing everything by seven days was the right thing to do.

“This way the vast, vast majority of horses are impacted the least.”

For breeding operations, the Golden Slipper is the Australian industry’s most important race with a winning colt’s value skyrocketing to anywhere between $30 and $40 million dollars.

Godolphin has two of their colts in the race, Anamoe and Ingratiating while Newgate holds an interest in four of the 10 colts in the field and both of their representatives say the prospect of the race being run on a better surface is the best outcome for the future of the sport.

“I think you want the best horses to win races and that applied to the Golden Slipper as much as any race in the country because of the impact it has on the future of the sport,” Field said.

“I think if the races could have been run, they should have been run but knowing you couldn’t have raced we have to deal with the cards we are dealt and this is probably the best outcome for the best horse to win the Golden Slipper this year.”

Cox added: “I think the thing is you want to be racing on surfaces that are going to give you the best opportunity.

“I was just pontificating on Friday night about if you win a Golden Slipper on an absolute quagmire is that a legitimate feather in your cap that you can step off and mark it? I would suggest probably not.

“I’d prefer that the race is run on a slightly better track than a complete bog.”

Golden Slipper day will now be run next Saturday with The Championships at Randwick kicking off on April 10.