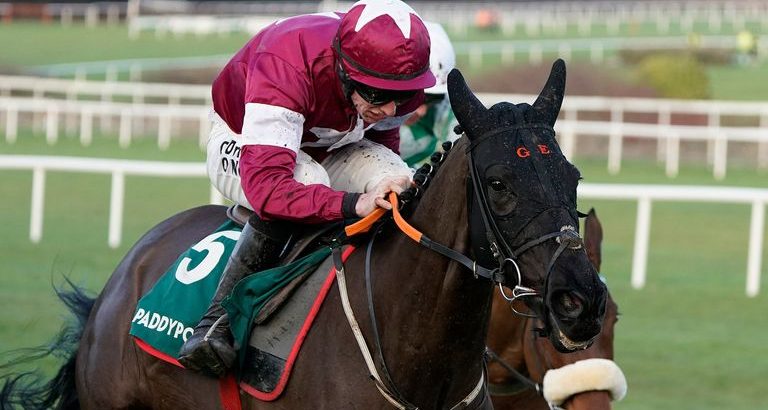 Denise Foster saddled her first winner since taking over at Cullentra Stables while Gordon Elliott serves his suspension, when Defi Bleu took the Tomcoole Farm Ltd. Beginners Chase at Wexford.

The eight-year-old, ridden by Jack Kennedy and owned by Gigginstown House Stud, got the better of 8-13 favourite Opposites Attract by two and half lengths.

Defi Bleu (4-1) was Foster’s third runner since she officially took charge at the County Meath yard this week.

Kennedy said: “His first run over fences was very promising. He fell the second day and disappointed after that. It’s lovely to get off the mark over fences with him.

“That’s a great start for Sneezy (Foster) – and long may it continue. Hopefully we will have plenty of luck together now.”

Elliott, a three-time Grand National-winning trainer, was handed a one-year ban, with the last six months suspended, following following an Irish Horseracing Regulatory Board referrals hearing into the image posted on social media of him sitting on a dead horse.