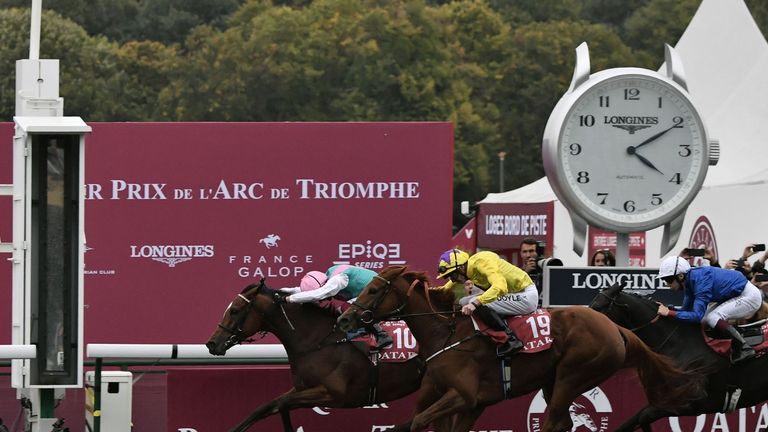 John Gosden has reiterated that no decision will be taken on Enable’s future until she has returned to England after her run in the Breeders’ Cup Turf.

The dual Prix de l’Arc de Triomphe winner has had a truncated season following a setback in the spring – and unlike the list of previous Arc winners to have been beaten at the Breeders’ Cup, she will be going as a fresh horse.

Enable even ran in the Arc itself when not fully fit because of an issue after her comeback win at Kempton, and Gosden believes she can improve from what was witnessed in Paris.

“It’s exciting to have Enable going there. She breezed this morning under Frankie (Dettori) and she seems in good order for the Turf,” said the champion trainer.

“She was a little quiet for a bit (after the Arc) – but you don’t normally win that race 85 per cent fit. I think I’ve got her fit now.

“We have got a fresh filly, but Golden Horn (Gosden’s previous Arc winner who attempted to win the Breeders’ Cup Turf) was only beaten by nothing other than the fact it rained an inch and a half, and it was deep and loose. He just spun his wheels, and he just hated the surface.

“The decision to run here was made, and there will be absolutely no decision (on retirement) until she has run and is back in England – and that will be thought through. The final decision lies with Prince Khalid (Abdullah, owner).”