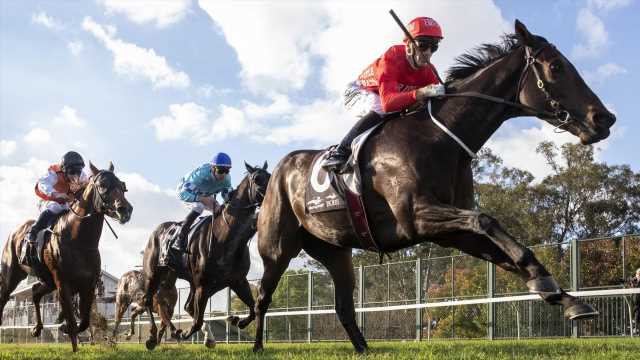 Sam Clipperton will miss two Saturday meetings after copping a careless riding suspension for his winning steer on promising three-year-old Exoboom in the Group 3 Hawkesbury Guineas on Saturday.

The Peter and Paul Snowden-trained gelding proved a cut above in the $200,000 feature but had to survive a protest that was lodged by connections of the third placegetter Black Duke.

Clipperton had allowed Exoboom to shift in near the 75m resulting in Black Duke to be severely checked when the latter had established clear running.

Racing NSW Stewards dismissed the protest as they were not comfortable Blake Duke would have finished in advance of Exoboom as the latter had been moving past Richard Litt’s three-year-old.

However, Stewards charged Clipperton with careless riding for his role in the incident and suspended his licence from Sunday, May 9 to Sunday, May 23.

He was also fined $2000 for the interference.

Jockey Nash Rawiller also drew the ire of Racing NSW Stewards on his first Saturday back in the saddle after missing almost all of April through suspension.

Rawiller was found guilty of a careless riding charge for his steer on Vitesse in the Happy 70th Evelyn Benchmark 78 Handicap (1300m).

Stewards found Rawiller had permitted his mount to shift in at the 200m, resulting in McCormack being crowded however the charge was a low carelessness.

He won’t miss a Saturday meeting with the suspension to begin on Sunday, May 9 and expire the following Saturday.