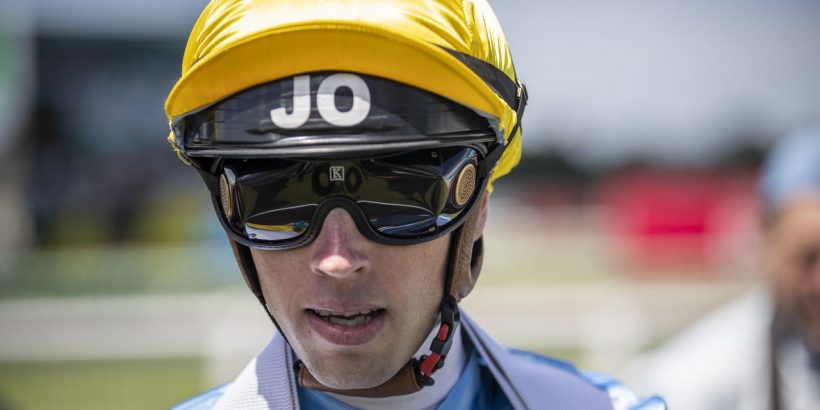 Young gun James Orman credits fatherhood partly for his incredible run of form which has him in pole position to win the Queensland jockeys’ premiership this season.

The 24-year-old has 123 winners next to his name with a strong book of rides at Eagle Farm on Saturday compared to Ryan Maloney’s 119 – marking his strongest season in the saddle in years.

Admitting he “floated few a through years” after his apprenticeship, Orman has been on a tear in 2020-21, crediting a renewed focus and drive.

“I have a little family now so you have to make money don’t you?” he laughed.

“I am really enjoying riding at the moment and I am keen to ride everywhere and anywhere.

“I think I have matured a bit more as a rider, I have a good manager behind me and I have been riding for a few more stables.

“As an apprentice I was flying, when I came out of my apprenticeship I found it harder which everyone does. A lot of other apprentices go from riding in Brisbane to the Gold Coast but at least I am still here in Brisbane.

“I was floating along for a few seasons, now I am back in the top five in the metro standings and getting enough rides on Saturday’s and Wednesday’s – that has been good to be one of the top guys here.”

Sitting only three wins behind the third-placed Robbie Fradd in the metropolitan championship, Orman said he is determined to continue his charge up the standings as he heads into the new season next week – however there is a stumbling block.

“I want to try and get to the top three in Brisbane next season but you have to be realistic, you need Tony Gollan if you want to win it,” he said.

“Hopefully one day I can ride for him.

“I feel like I am probably riding as good as I can. I don’t think I have done anything differently, I just think I am riding better.”

Fighting a constant battle with his weight, Orman – who walks around at 59ks – said he has made a conscience effort to not waste as hard of late.

“I was trying to ride too light the last couple of the years and I was a bit scattered when I got to the races,” he said.

“Now I am happy riding at 56kg or even 57kg – anything lighter than that I need to prepare myself for.

“I am too big to be a jockey but riding around that 56-57kg mark, I am going to the races feeling pretty good and that is the main thing.”