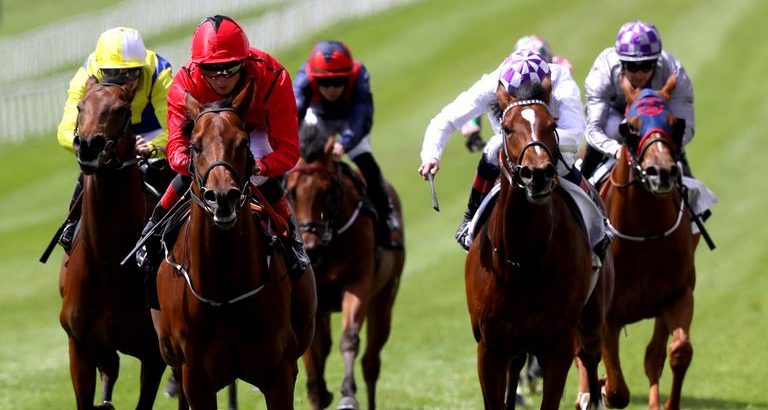 Castle Star will have another crack at his Railway Stakes conqueror Go Bears Go in the Keeneland Phoenix Stakes on August 8.

Fozzy Stack’s youngster was strongly fancied for the Group Two at the Curragh following a stylish victory in the Marble Hill Stakes on his previous outing.

However, Castle Star was on the back foot after a slow start and despite making up many lengths, he could not catch David Loughnane’s impressive winner and went down by a length and a quarter.

“He’s come out of the race well, importantly, and he’ll probably run in the Phoenix next,” said Stack.

“It’s possible the ground was a bit quick but he fell out of the gate, so he gave away ground at the start.

“He made up a lot of ground but you can’t give good horses like that a 10-length head start. He ran well, though.”

Stack was also out of luck in the Airlie Stud Stakes on Sunday with the filly Cheerupsleepyjean, who went off the evens favourite having finished third in the Queen Mary at Royal Ascot.

She found those exertions took a toll, though, and she could only finish third behind Joseph O’Brien’s Velocidad.

“I think she just ran a bit flat,” said Stack.

“It was quite a quick turn around from Ascot and she was just flat.

“There were only a few runners, she got Group Two placed again, which is something.

“There’s a Listed race at Naas over five furlongs next month which could be an option.”