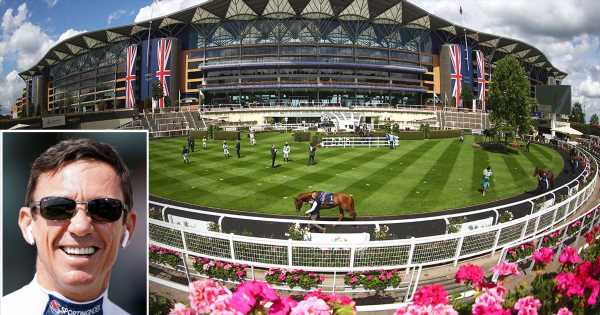 You know me, Royal Ascot is my favourite week of the year, particularly now that the sun is shining, and the crowds are back in!

I’ll be bringing you my thoughts on all of my rides, a few of which will hopefully be returning to the winners’ enclosure.

Tuesday starts with a bang.

Day one, race one, and it’s my best ride of the week.

Palace Pier is obviously the one to beat in the Queen Anne (2:30pm).

I love him, he’s one of the best horses in the world and I’m very excited.

He’s beaten most of the field already and has done very little wrong.

He won the Lockinge in good style last time out and, touch wood, he’ll kick off the week with a winner.

If it’s rattling fast ground then that might be a minor concern, as his best runs have come on good ground or slightly easier and he’s got a bit of a round action, but the surface at Ascot is beautiful and it shouldn’t be an issue.

After the opener I’m on Tolstoy in the Coventry Stakes (3:05pm).

Like most in this field, he’s an unbeaten maiden winner and we just don’t know what we’re up against.

By Kingman and out of a Frankel mare, he’s a lovely type but it’s a wide-open race so it’s hard to be too confident.

I was initially riding Arecibo for Robert Cowell in the King’s Stand (3:40pm), but the opportunity came up on Extravagant Kid and I couldn’t turn that down.

Brendan Walsh, the trainer, is a good friend of mine and he feels the horse has a rock-solid chance.

It’s obviously a very tough race with Battaash in there and I still make him the one to beat despite the fact he’s now seven.

The sprinters are a bit easier than the stayers to get fit and he’s unbeaten first time up, so I don’t think there’s any real negatives with him.

Thunder Moon is a nice ride to pick up for Joseph O’Brien in the St James’s Palace (4:20pm).

He disappointed in the Guineas, but his two-year-old form was very strong so hopefully he can bounce back.

If you look at his form as a juvenile he’s right up there with the very best and I think the Newmarket run first time up was too bad to be true.

I’ve also got rides in the Ascot Stakes (5:00pm) with Golden Rules and in the Wolferton Stakes (5:35pm) with Forest Of Dean .

Both races are very tricky, big-field contests where you need plenty of luck.

They’ve both got a shot but it all depends on it falling right for you.