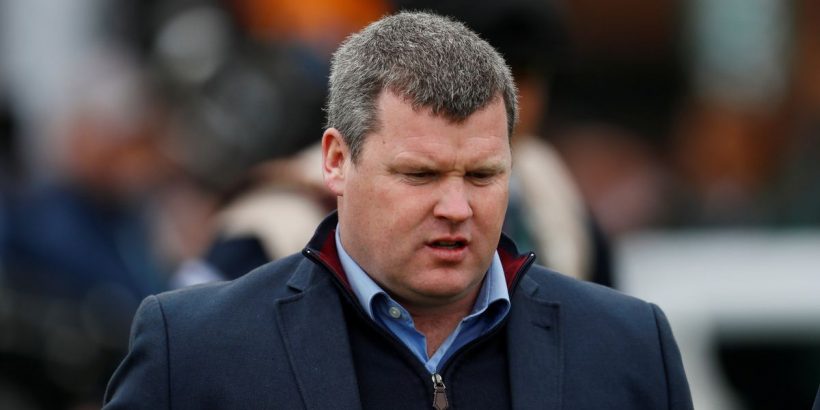 The racehorse trainer was banned from the sport after he was pictured sitting on a dead horse.

He was slapped with a 12-month ban but the final six months were suspended.

Elliot has now returned to training having served a six match ban and has now revealed the former Manchester United boss contacted him during March's Cheltenham Festival.

According to the Racing Post, the 43-year-old was advised by Ferguson to 'ignore the noise' and ask for forgiveness.

Ahead of his return on September 9, Elliot is out to prove his detractors wrong.

“For myself, for my family, for my staff and, most of all, for the industry and its supporters, I need to step up and prove to everyone that I am not a monster," he said valiantly.

"That's all I can focus on now, I know all this has set me back, but I have proved I can train horses at every level, and it's all I want to do.”

The Irishman is keen to make up for mistakes and get back to doing what he loves.

"I made a mistake, I understand that, and I am sorry for what I did. A chance to move on is all I'm after now,” he added.

"I suppose I just hope people will forgive me and let me move forward by going back to doing what I think I do best, training winners."

Elliot boasts an impressive resume, winning the 2018 and 2019 he won the Grand National with Tiger Roll, ridden by Davy Russell and owned by Gigginstown House Stud.

In 2018 he also won the Irish Grand National, with General Principle. On two occasions, in 2017 and 2018, he was the top trainer at the Cheltenham Festival.

Before becoming a racehorse trainer, Elliot was a jockey and rode a total of 200 point-to-point winners and 46 winners on the racecourse, with the highlight of his riding career being his win in the Punchestown Champion Bumper on the Nigel Twiston-Davies-trained King's Road in 1998.

He returned from competition in 2005 due to injury and received his trainer's licence the following year.