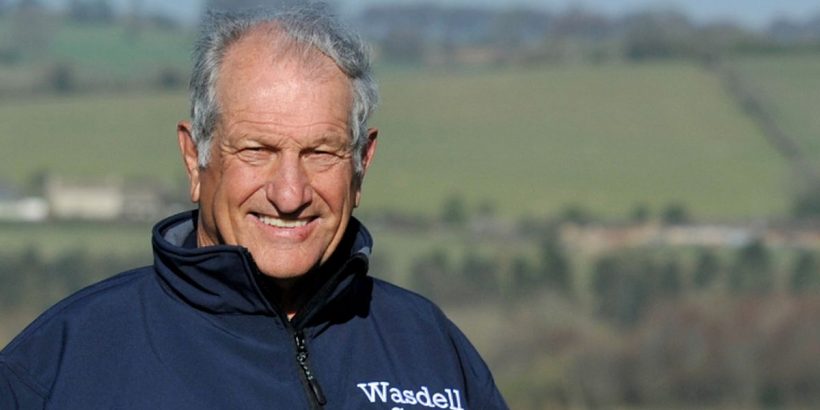 Grand National hero Bob Champion has revealed he was suffering from a kidney tumour while completing a 191-mile charity walk.

In 1981, Bob, 72, famously rode to glory at Aintree on Aldaniti just one year after beating testicular cancer.

Last month he set off on a charity walk, with each mile representing the number of days between his diagnosis and receiving the all-clear.

However, Bob had suffered from back pain and is now facing surgery to remove a kidney tumour.

He said: “I had a very bad back pain just before I started my walk and scans showed I have a tumour on my kidney which needs removing.

What is your view? Have your say in the comment section

“I was determined I would carry on with my 40th anniversary walk though as to raise money for the Bob Champion Cancer Trust has been my life’s work and I didn’t intend to fall at the final fence when the money is still needed.

Bob was given the all-clear on January 31, 1980, before winning at Aintree the following year.

The victory made him a household name and was immortalised in the 1984 film Champions, starring the late John Hurt.

His win was even more remarkable because vets had previously recommended Aldaniti be put down after suffering from a leg injury.

The racing icon’s charity has raised millions of pounds for cancer research.

On April 11 –one day after this year’s National –he set off from Aintree on his fundraiser.

With the Cheltenham Festival only just around the corner, we are giving you the chance to sign up to our free updates ahead of one of the biggest weeks in racing.

Racing Digest will give you daily updates around all the big stories – including tips, offers, results and much more. To sign up, simply put your email into the box below, and we'll do the rest. You'll also receive plenty of tips and info outside of Cheltenham too… after all, the Grand National isn't far away either.

So get signed up, join our club and get ready for the inside scoops on the greatest week in jumps racing.

The area holds a special significance as it was where Aldaniti was trained.

He named his challenge 40 for 40 – to mark the 40 years since his National victory. He said: “My story 40 years ago gave hope to people around the world fighting cancer. I have dedicated my life to the cause and hope that people will be generous once again and support me.

“I’m really looking forward to this event. I’ve been walking everyday during lockdown to get fit so I’m ready.”

Champion is well loved in the racing and sporting world. Sky presenter Matt Chapman wrote: “The fact Bob Champion has kept walking to help all of us just makes him someone to be in awe of.”

Friend Gary Kirton added: “That news would terrify a lot of people, Bob, you just take it in your stride.

“You are a remarkable man, inspirational to us all.”

Bob is set to have surgery to remove the growth on his kidney next month.