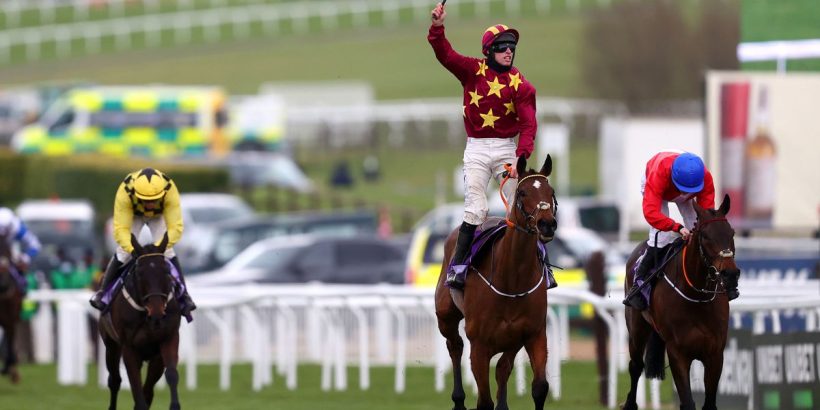 A Henry de Bromhead supporter is toasting the trainer's Cheltenham Festival successes with a windfall of nearly £500,000.

The punter picked out four of his winners for an ante-post bet, which was placed in a Paddy Power shop in Shannon, Ireland at the start of December.

Honeysuckle (16-1) began proceedings in the Unibet Champion Hurdle, a success which was swiftly followed by Bob Olinger (20-1) in the Ballymore Novices' Hurdle.

Put The Kettle On was third to strike in the Betway Champion Chase (8-1) and the €20 bet rolled on to the WellChild Gold Cup on Friday.

A spokesperson for Paddy Power said; "There will be a socially distanced celebration somewhere in Shannon tonight courtesy of an incredible bet placed more than three months ago.

"After a miserable 2020 I could only think about avoiding Zoom calls and burning banana bread, let alone having the foresight to pull off a life-changing Cheltenham punt.

"You have to take your hat off. It's a sublime punt and tops off a great week for Irish punters."

The firm's Paul Binfield reported that they finished the four-day meeting "a small bit behind."

Irish-trained horses claimed a record 23 winners throughout the week, with five for the home side.

Rachael Blackmore had more than Britain altogether, with six successes.

She was the first female to win the leading rider award, picking up a trophy depicting The Festival’s most successful jockey Ruby Walsh.

“Honeysuckle is definitely the stand-out moment. She is extremely special and she was phenomenal in the Champion Hurdle," Blackmore said.

Willie Mullins edged ahead of Henry de Bromhead to become top trainer for the eighth time.