It says plenty about how much three-time champion jump jockey Richard Dunwoody has moved away from the racing world he once ruled when he talks about the thing he will miss more than the King George VI Chase this Christmas.

Now a resident of Madrid, where the dual Grand National winner lives with partner Olivia and five-year-old daughter Milly — unable to make the annual trip back to Britain for Christmas because of Covid-19 — Dunwoody even conceded he did not know who was favourite for the Boxing Day feature at Kempton.

‘It will be the first time in about 10 years we will miss the Bushy Christmas Day 5k parkrun,’ the 56-year-old said. ‘It has been a ritual and then I go and call in and see Barney Clifford (Kempton clerk of the course). We usually swap a bottle of wine and I walk the course with him.’ 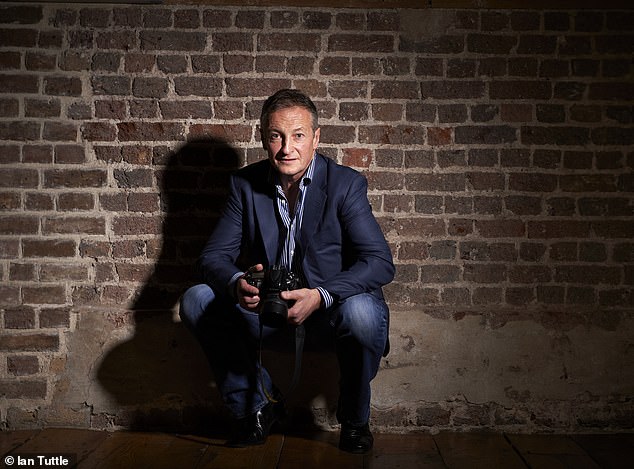 It’s a track Dunwoody knows well and was a stage where the spotlight often shone upon him, particularly in the King George VI Chase.

One of his two wins in the race on One Man was at the Sunbury-on-Thames venue — the other came at Sandown in January after snow caused the first attempt to run the race to be abandoned — but most memorably the other two came on Desert Orchid, including 30 years ago, the legendary grey’s then record fourth victory in the race.

Dunwoody was king of the weighing room back then, a rider seen as the perfect fusion of John Francome’s style and Peter Scudamore’s competitive instinct. Every young jockey aspired to be like Dunwoody, to emulate his achievements. It was only after he retired that those not close to him learned the obsessive desire to success almost drove him crazy. He chronicled it all in his brutally honest 2000 autobiography Obsessed.

Since then Dunwoody’s adventures out of the saddle have included a journey to the North Pole and his six-week, 700-mile charity trek on foot to the South Pole, and a 2,000-mile walk across Japan that raised funds for a cancer charity.

Dunwoody’s love of photography — he spent a year studying at the Speos photography school in Paris — have seen him take pictures all over the globe. Some have an equine theme.

Dunwoody said: ‘We came to Spain in 2012 and were in Andalusia before coming back to Britain when Milly was born. We were back for over a year but missed Spain, so we decided to come back to Madrid, mainly for work reasons, but also the airport here is really handy with connections as good as Heathrow.

‘It makes a good base. The weather is good, the food is good and the wine is not too bad! It’s also a good base to travel around Spain and there is a hell of a lot to see. My Spanish is improving slowly. I had my online class this morning. And Milly’s is coming along better than anyone’s.’

Covid, however, has meant even an adventurer with itchy feet has been grounded and Dunwoody has been working on another skill he discovered since leaving the weighing room — designing and building websites. 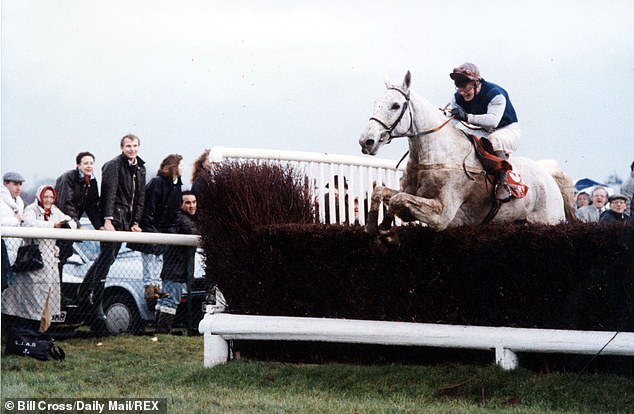 Dunwoody said: ‘Brough’s site will have an archive of between 2,000 and 3,000 articles by the time we have finished it. I am updating it every other day but find myself reading the articles!’

Within those will be memories of Desert Orchid. The gelding, trained by David Elsworth, had already won two King Georges ridden by Simon Sherwood when his retirement meant Dunwoody took over on a racehorse whose Christmas exploits meant he became a household name beyond the normal boundaries of the sport.

Dunwoody’s first win on him was relatively straightforward in 1989, but the history-making win of 1990 was not as easy as it ultimately looked.

He recalled: ‘They were great days although there was a lot of pressure. You had to get it right, no mistakes.

‘Sabin du Loir falling at the 13th fence in 1990 was a big factor. He looked to be travelling well and I wasn’t. But when Dessie was left in front, he carried me a lot better then — his ears were twitching every time he came to a fence. He seemed to be enjoying it a lot more.

‘It was a matter of getting those strides right at the last three fences. Winning was more a relief than anything else. You didn’t want to make any stupid mistakes on him.

‘Kempton’s flat, right-handed track suited him. He probably knew more about the course than we did. 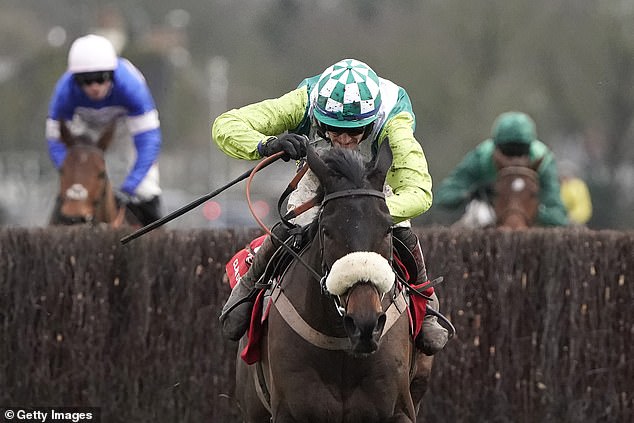 ‘He would take a blow around the final bend and as soon as you turned into the home straight and he saw that third-last fence in front of him, he’d be away. He was one of the most intelligent horses I rode and so competitive. Some say horses don’t know they have won. He definitely did.

‘But the best race he ever ran for me wasn’t in the King George. That was the Racing Post Chase in February 1990. He was brilliant that day.

‘He beat Delius, who was a Grade One winner and getting two stone. I always remember when I got off him, Elsie (Elsworth) turned round and said, “I wish it was Gold Cup day today”. When he went to Cheltenham three weeks later, it had knocked the edge off him and he got well beaten by Norton’s Coin.’

Dessie was retired after falling when beaten at the third last fence in the 1991 King George. We will learn on Boxing Day whose name will join him on the race’s roll of honour, but Dunwoody will not be watching.

‘I don’t get to see too much racing out here. I have something which allows me to watch the football, so I get that on Boxing Day, but Milly wants a bicycle for Christmas so I’ll probably be chasing after her around the park.’