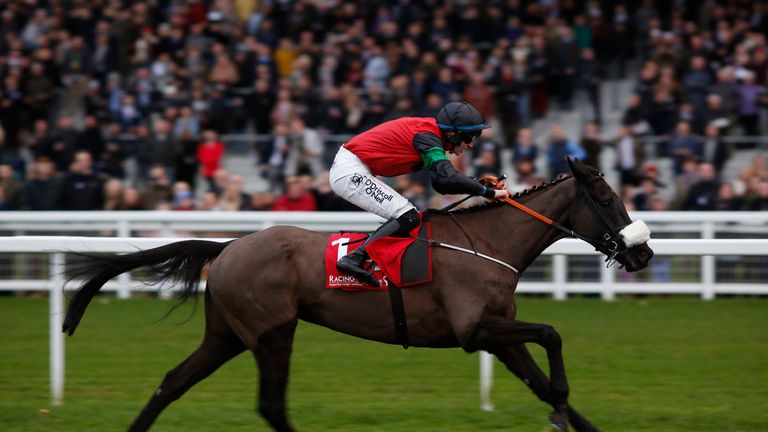 Olly Murphy reports it is in the balance whether Hunters Call is ready to make his seasonal return in next month’s Unibet Greatwood Handicap Hurdle at Cheltenham.

The eight-year-old has not been sighted since making a winning stable debut for Murphy in a Grade Three contest at Ascot in December – having then sustained a foot injury in the build-up to a tilt at the County Hurdle in March.

Murphy said: “He will be entered in the Greatwood, but I’m tight for time getting him there. He is fine now, but we wouldn’t want any hiccups.

“If he doesn’t get to Cheltenham we could have a look at the Ascot race again – or something else before that – but our first plan is the Greatwood.”

That race is just under three weeks away, on November 18.

Murphy added: “You have to be disappointed he didn’t make the County Hurdle, but worse things happen at sea. He is in good form now, and we are looking forward to getting him back.

“The form of his Ascot win has worked out well – with Silver Streak, who finished second, winning the Welsh Champion Hurdle and Verdana Blue, who finished third, winning a Listed race at Kempton last weekend.”