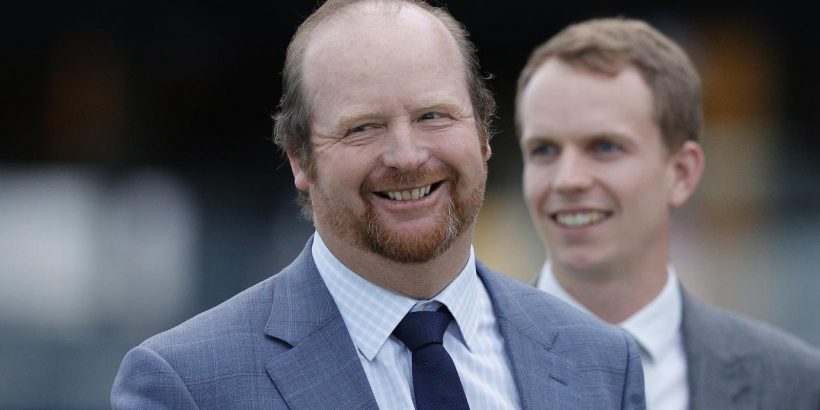 Gary Portelli will look to end one of his best-ever winning seasons on the high note at Randwick this Saturday with even greater targets for the coming spring.

The Group 1-winning conditioner has finished the 2020/21 campaign with a flurry and will chase final day success with talented trio Lord Zoulander, Spaceboy and Not Feint Hearted.

As of Wednesday, Portelli has amassed 66 winners in the past 12 months, his best tally for more than a decade and just six less than his all-time mark of 72 winners from 2004.

Few wins were more exciting than that of emerging colt Royalzel in the Listed Kennedy Taj Rossi Series Final earlier this month while the likes of Sky Command and Hi Hi Hi give Portelli plenty to be excited about heading into the spring.

“My best season ever was 72 winners back in 2004 so we’ve been chasing it and just couldn’t get there but we’ve finished the back half of the season really strongly,” Portelli said.

“We have a great bunch of two-year-olds there with the likes of Royalzel and Sky Command but we have a couple of other really nice young horses there at well.

“I think a few of them can be competitive in the coming months, horses like the little filly Ringarosa that finished second in town last week.”

Royalzel has recently returned to Portelli’s stable with races including the Golden Rose, Caulfield Guineas and Spring Champion Stakes appealing for the colt.

But before his young talent aims up for the spring, Portelli will look to enjoy more success with some of his stable’s stalwarts.

Spaceboy will return from Melbourne for a second up assignment at Randwick this weekend where he lines up in the Fujitsu General Benchmark 88 Handicap (1100m).

The son of Deep Field was narrowly beaten down the Flemington straight and is a $5 TAB fixed odds contender to go one better in his home state.

“He is in good form and he loves the Randwick 1100m so he should be well suited,” Portelli said.

“I thought it was a handy race without being over the top at Flemington last start when he carried a big weight, got to the front and was a sitting duck.

“It was a good run and should ready for Saturday.”

Lord Zoulander ($9) is chasing back-to-back Midway Handicap wins over 1300m on Saturday while Not Feint Hearted ($26) will have his third run of the prep in the Moet & Chandon Benchmark 88 Handicap (1400m).

“There is a question mark on Lord Zoulander coming off those wet tracks but he looks unbelievable the horse,” Portelli said.

“He‘s worked well and we’ve kept him nice and fresh and he should appreciate the 3kg claim in what doesn’t look to be the strongest race.

“Not Feint Hearted is ready to bounce off the run the other day on a heavy track gets in well with 51kg after the claim.”

Talented apprentice Ellen Hennessy will be in the hot seat on all three of Portelli’s runners on Saturday.

“She is very strong for a 3kg claimer,” Portelli said.

“That‘s a big help and I’d have to say she is one of the most balanced three claimers I’ve seen. It helps rather than hinders horses.”