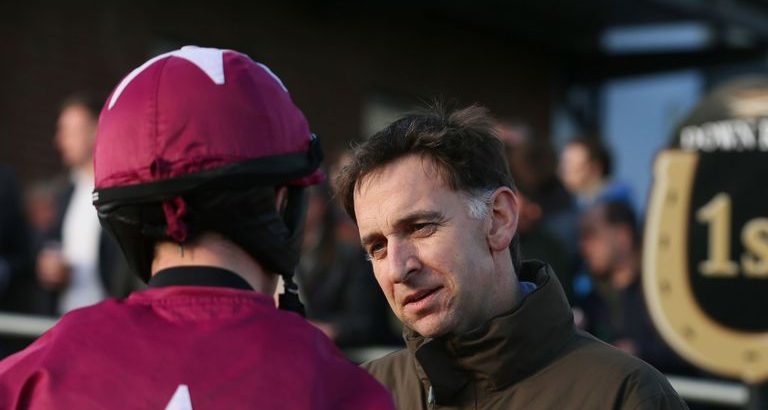 Jason The Militant struck for Henry de Bromhead and Rachael Blackmore in the Red Mills Trial Hurdle at Fairyhouse.

The 7-4 favourite made all and while Petit Mouchoir closed up two out, Blackmore’s mount went again, eventually scoring by seven and a half lengths.

De Bromhead said: “That was brilliant and I’m delighted for Peter Michael (owner). It was great to get it.

“He’s having a really good season, but it’s nice to win one as well, and he won it well. He’s a horse we’ve always thought a lot of. That’s his second graded win and he was just chinned in a Grade One.

“He’s in the Champion Hurdle and we’ll see. I think ground is important to him, he wants a good ease.

“He’s a horse that is improving all the time. He won over a mile and a quarter here on the Flat, so he’s got gears.

“The Aintree Hurdle is another interesting option. We’ll see what Peter would like to do, it’s not every day you have a contender for the Champion Hurdle.

“I just have a feeling that he might be better on a flatter track, but that’s just a theory.

“We’re delighted to win today, we targeted this race.”