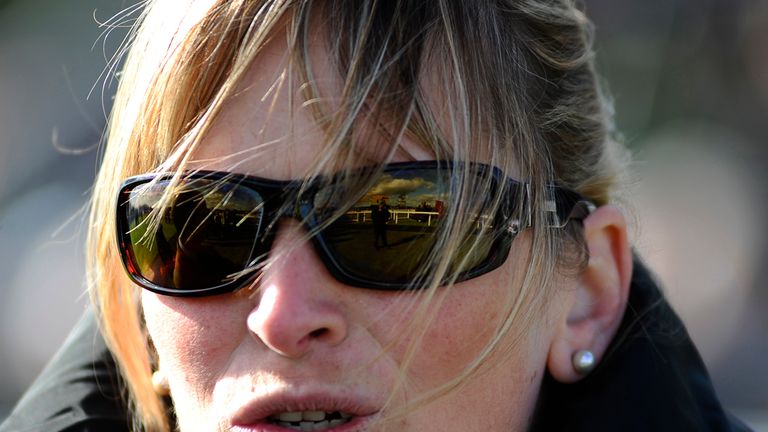 Emma Lavelle is hoping Javert can cope with a step up in class after a comeback victory following a lengthy lay-off in the Monet’s Garden Old Roan Limited Handicap Chase at Aintree on Sunday.

The eight-year-old had been off the track for 869 days before returning in triumph at Uttoxeter five weeks ago.

Lavelle had planned to wait for the BetVictorGold Cup at Cheltenham on November 17, but Javert has been in such tremendous form since then that she has been persuaded to run him in this Listed contest first.

“We were thrilled with him at Uttoxeter having been off the track for so long,” said the Marlborough handler.

“He came out of that really well and he seems very fresh and good in himself. The plan would be to head for the BetVictor at Cheltenham, but I couldn’t keep him over ticking over until late November him being so fresh and well in himself.

“We’re heading to Aintree as a pre-cursor for going to Cheltenham. He’s a smashing horse, he’s big and strong.

“He handled two and a half miles round Uttoxeter and hopefully it should be all right him round Aintree.

“It’s another step up in class and we’re keeping our fingers crossed.”

Cloudy Dream did not win last season but ran some smashing races in defeat, notably when only beaten three-quarters of a length by Smad Place in this race.

“Obviously he’s a high-quality horse. We’re very happy with him. His work has gone well and he’s ready to get started,” said McCain.

“(He’s a) tough horse, but there aren’t that many places for him to go and this is a nice place to get him going.”

Value At Risk rounded off the last campaign by lifting a Listed handicap chase at Ayr in April and his trainer Dan Skelton is happy to start the nine-year-old in this hot race off bottom weight.

“He won well last time and we’re happy with him off a low weight.”

Paul Nicholls’ admirable performer Frodon carries top weight while others in a quality nine-strong field include the Nigel Twiston-Davies-trained pair of Flying Angel and Templehills.