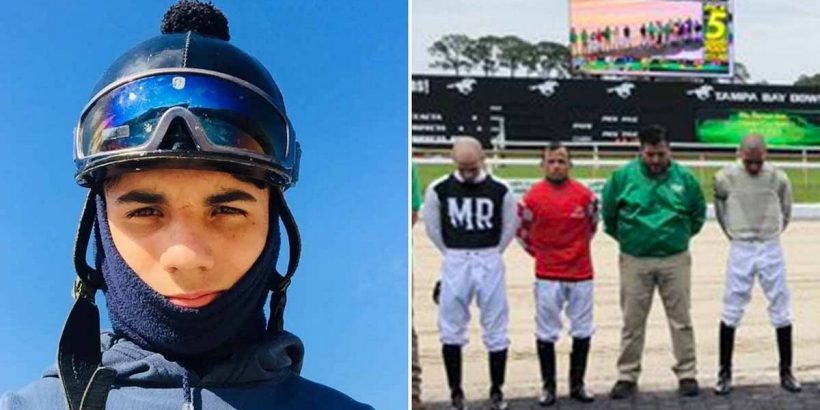 A teen jockey has died "instantly" after he was involved in a horrendous training ground accident.

Work rider Daniel Quintero's horse bolted the wrong way around Tampa Bay Downs' racecourse in Florida on Saturday morning, with his mount horrifically hitting another running the opposite way. The impact of the collision is believed to have been enough to kill the 19-year-old instantly.

The two horses and the other jockey involved in the smash are believed to have been miraculously uninjured in the collision. Following the news of the death, a moment of silence was held in the aspiring jockey's memory by jockeys and valets at the track later that day.

Other racecourses across the country, including Gulfstream Park, Laurel Park and Santa Anita, also held moments of silence in Qquintero's memory. As reported by the Racing Post, Hillsborough County Sheriff's Office confirmed it was called to an incident at 7am local time.

It was confirmed a man was pronounced dead at the scene. Tributes were quickly made to the teen following the tragic death.

Is this the most tragic sporting death in recent history? Let us know in the comments section below Fellow pony rider Sydney Fried said: "I don't think I ever saw him without a smile on his face and he was always trying to put a smile on yours.

"He was willing and wanted to learn, and the last thing he was was lazy. You don't get better unless you put in the work and Daniel wasn't afraid to do just that.

"It's very sad because he would be one of the first ones to say 'good morning' every day. It is going to be rough for all of us that had the pleasure of knowing Daniel."

Posting on its official Twitter, Tampa Bay Downs wrote: "Exercise rider Daniel Quintero, 19, died as a result of a training accident this morning at Tampa Bay Downs. The entire racetrack community expresses its condolences to his family members and friends.

"The track will observe a moment of silence at 12:20 p.m. in honor of Quintero."