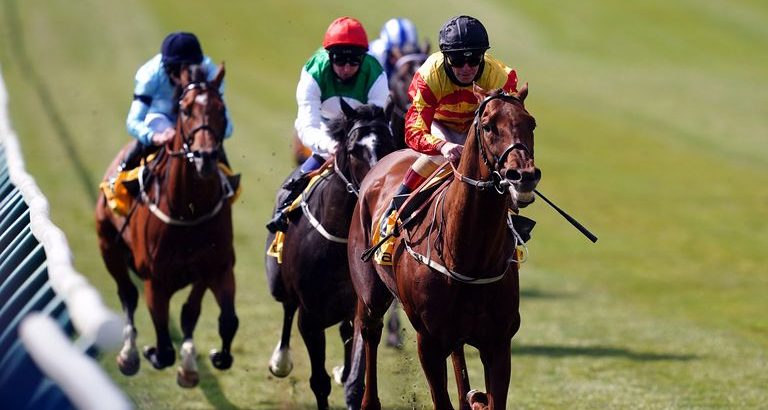 Sir Ron Priestley and Nayef Road give Mark Johnston a formidable hand in his bid for a second victory in the Matchbook Yorkshire Cup.

It is 19 years since Zindabad provided the Middleham trainer with his first and only previous success in the prestigious staying contest, but he appears to have every chance of doubling his tally at York on Friday.

Sir Ron Priestley is the clear favourite for the Group Two contest, having returned from more than a year and a half on the sidelines with victories in the Further Flight Stakes at Nottingham and the Jockey Club Stakes at Newmarket.

Johnston said: “We are very strong in the staying department – and we did think that Sir Ron Priestley, Nayef Road and Subjectivist might all meet in the Gold Cup. But that’s now looking very unlikely, because Sir Ron Priestley probably won’t go that far.

“It’s great to see him demonstrating so much speed, and his next runs after the Yorkshire Cup are quite likely to be at a mile and a half, with the Hardwicke Stakes a probable next target.

“It’s been very satisfying getting him back in such good form after missing last year – he’s given the impression he’s in the form of his life and he’s certainly rated higher than ever.”

Nayef Road is a serious threat to his stable companion in the the first race in the Long Distance category of this year’s Qipco British Champions Series, after being placed behind champion stayer Stradivarius in three of his last four starts.

Earlier in the week, Johnston was expecting to save Nayef Road for another day following his third-placed finish in Ascot’s Sagaro Stakes, but has decided to let him take his chance after the Yorkshire Cup cut up to just five runners.

He added: “Nayef Road is in good enough form too and ran really well in the Sagaro Stakes at Ascot, and it’s just a case of finding the best spots for all three horses.

“Like Dee Ex Bee before him, Nayef Road would have a lot more to show for his efforts if it wasn’t for Stradivarius, because they both finished second to him in the Gold Cup and the Goodwood Cup.”

The biggest danger to the Johnston pair is the Aidan O’Brien-trained Santiago.

Last year’s Irish Derby hero was third behind Stradivarius and Nayef Road in the Goodwood Cup, and can be expected to improve from his recent comeback fourth in the Vintage Crop Stakes at Navan.

O’Brien said: “Hopefully he’ll have come forward from his first run at Navan.

“He was keen enough there, with it being his first run, and we know the trip is no problem.

“He won’t mind the ground – it was soft when he won at Royal Ascot last year.”

The small but select field is completed by Spanish Mission and the long-absent Wells Farhh Go.

“He’s in good form and working well,” Easterby said of his runner.

“I said I’d bring him out when lockdown finished. He’s been back in training for a long time now.

“He picked up a little injury when he ran in the Ebor (in 2019) and, of course, he missed last year. We were going to run him at the back-end of last season, but we thought we’d wait.”