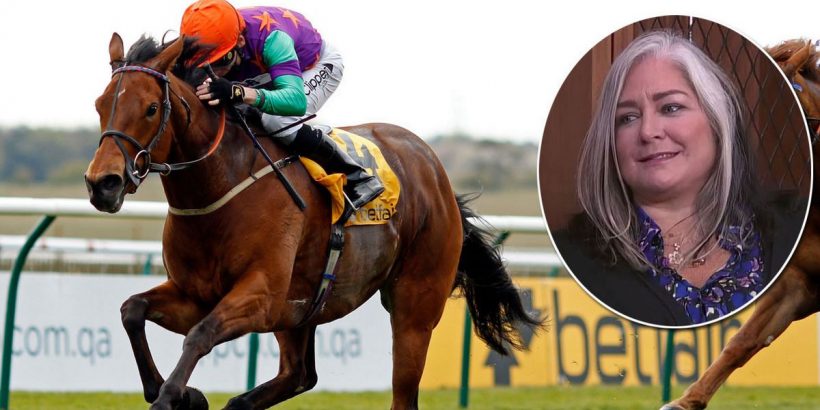 A music agent to some of the biggest stars in the business is aiming to be the headline act in the Al Shaqab Lockinge Stakes.

Emma Banks will top the bill if her horse Lady Bowthorpe wins the Group 1 contest at Newbury on Saturday.

Emma, who is responsible for acts including Kylie Minogue, Katy Perry, Muse, Arcade Fire, Red Hot Chili Peppers and Muse, admits that she is very excited about it but also feeling a little sick.

“She’s not the most straightforward of mares, she takes some managing.

“But I often think when you’re hugely talented, be that equine or human, you’re not easy to deal with – that seems to be the case with all my good horses!

“I am relatively new to this game, but I am lucky to be surrounded by great people who know what they are doing. I love the horses, so when they put their best run in, that is a huge win for me in its own right.

“It’s really exciting. I know she’ll do her best and if you don’t try, you’re never going to know.”

Lady Bowthorpe, trained by William Jarvis in Newmarket, faces a mighty task against Palace Pier, regarded as the best miler in Europe.

But she did boost her credentials earlier this month when beating Thursday’s impressive York winner Queen Power at Newmarket.

She believes her chosen career is not all that different from the gymkhanas she organised in her early years. Having become an owner six years ago, she said: “I love the horses, that’s where it starts. It sucks you in.

“There are some similarities with racing and what I do – plotting and planning a music artist’s career.

“I’m a bit like a racehorse trainer. A huge win for me in my job is not necessarily if you headline Glastonbury or play Wembley Stadium, it’s doing the best you can at the stage you’re at in your career.

If Lady Bowthorpe steals the show, in a race which is part of the mile category of this year’s QIPCO British Champions Series, it will be some headline act for her enthusiastic owner.