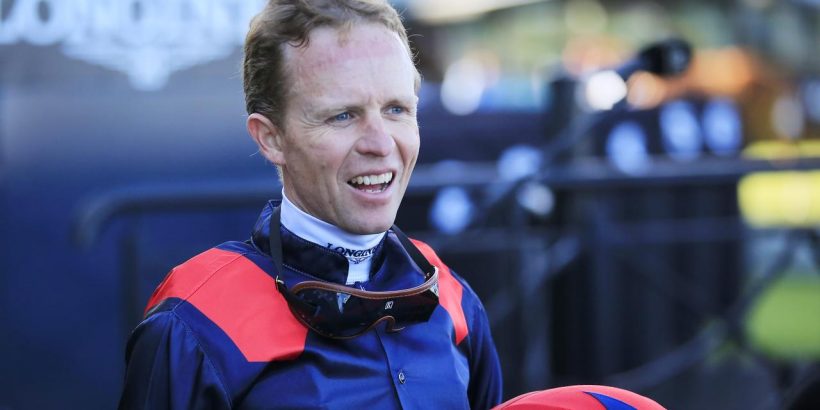 Star jockey Kerrin McEvoy will ride former Irish galloper I Am Superman in Saturday’s Group 1 Stradbroke Handicap as co-trainer Paul Snowden says he isn’t concerned by his last-start 12th in the All Aged Stakes in Sydney.

The five-year-old heads up a two-pronged Snowden attack in the race with Singnore Fox also expected to scrape into the field.

I Am Superman made his name in Ireland, trained by Michael O’Callaghan where he ran in the famous Group 1 2000 Guineas (1600m) around horses such as Too Darn Hot.

Sent to Australia for the 2019 Golden Eagle, connections decided to keep the horse Down Under where he has gone on to become a two-time Group 2 winner.

Snowden, who could send a team of up to eight to Queensland on the day said the $26 chance with TAB had come out of a recent trial in good order but conceded it was an unknown as to how he would handle the Eagle Farm track.

“He trialled last week, he seemed to be going well,” he said of the three-length victory.

“As far as confidence goes, I am very happy with the horse but I want to see it on the day on the track.

“It is a horses for courses type of thing, it is part of life which is well known.”

With no horses in the JJ Atkins or The Q22, Snowden said he would look at the fields before deciding what to send up from Sydney.

“We will see the draws and make a decision,” he said. “There is potentially six or seven others (outside of I Am Superman and Signore Fox), the others will be in the supporting races.”

McEvoy will be looking to add a third Stradbroke to his collection after also winning aboard Trekking (2019) and Srikandi (2015).

Local jockey Ben Thompson has been booked to ride Signore Fox on the day.

It comes as Victorian Jye McNeil has secured the ride on the Tony Gollan-trained Outback Barbie in the race.

McNeil made the decision to stay in Queensland after the Kingsford-Smith Cup meeting with Victoria going into Covid-19-enforced lockdown as he had committed to ride Homesman in the $1.2 million The Q22.

The Melbourne Cup-winning hoop had hoped to secure a ride in the Stradbroke and now has one with Outback Barbie currently number 18 on the order of entry where she will carry 52 kgs.

He will also ride the Ciaron Maher-trained Incredulous Dream who he trialled between races on the Gold Coast on Saturday before making a mad dash to Brisbane to ride Charleise to victory in the Spear Chief Handicap.