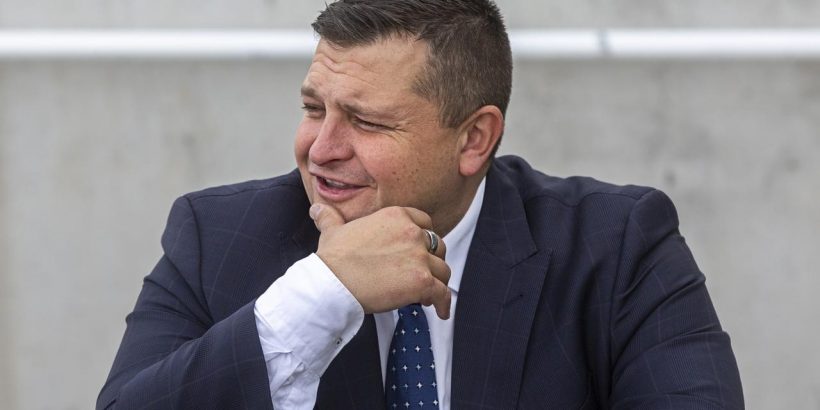 As Fake Love was ordered to have a further vet check to be cleared to take her place in Saturday’s $2 million Gold Coast Magic Millions 2YO Classic, Team Snowden was plotting to win the rich race with a maiden galloper.

Co-trainer Ciaron Maher said Fake Love had pulled a shoe but he remained confident the filly would line up on Saturday.

Fake Love, a $14 chance on Ladbrokes, has been ordered by stewards to have an extra vet check on Thursday morning.

If Fake Love was scratched, first emergency Ranch Hand would gain a start and become Chris Waller’s third contender in the Classic.

The news came as Paul Snowden said he felt the barrier draw ramifications gave Mura Mura a shot at becoming the first maiden horse since Queenslander Phelan Ready in 2009 to win the Classic.

The Snowden-trained filly is one of three contenders in Saturday’s $2 million dash that haven’t won a race with Baby Wong and Rambeau the other two.

Mura Mura was placed in her first three starts and finished fourth in the latest when finding herself in the wrong spot on a heavy surface on the Kensington track.

Ladbrokes rate her a $34 chance but Snowden, who co-trains with his father Peter, has been buoyed by drawing barrier eight in a race where many of the fancies have drawn wide.

Mura Mura will come in three slots if emergencies don’t gain a start.

“We wanted to draw 1-9 and it gives us a chance to get that sweet run, three pairs back,” Snowden said.

“It looks a very open race this year, especially considering several of the favourites have drawn out.

“I just think that barrier draw might cancel out a few of the (leading) chances.

“Mura Mura is a tough filly and she is precocious, we certainly give ourselves a chance.

“I think this race will come down mainly to who gets luck in running on the day and the barrier we have got has given us a chance to get that luck.”

Fake Love requires another vet check before she is cleared to run. Picture: Racing Photos via Getty ImagesSource:Getty Images

The Snowdens, who savoured Magic Millions 2YO Classic glory with Capitalist in 2016, have pulled a rabbit out of the hat with the jockey booking for Mura Mura.

With many Sydney jockeys unavailable as they were unable or not willing to serve a two-week COVID quarantine period, Team Snowden has turned to Victorian Group 1 winning hoop John Allen.

“We were thinking outside the square,” Peter Snowden explained.

“There wasn’t a lot of Sydney riders available because of quarantine but Victorian jockeys had the option of coming up.

“We have had a bit of luck with Johnny and we are happy to give him a chance.”

The Snowdens also have a runner in the other $2 million race on Saturday, with Aim to take his place as a $41 chance in the Magic Millions 3YO Guineas.