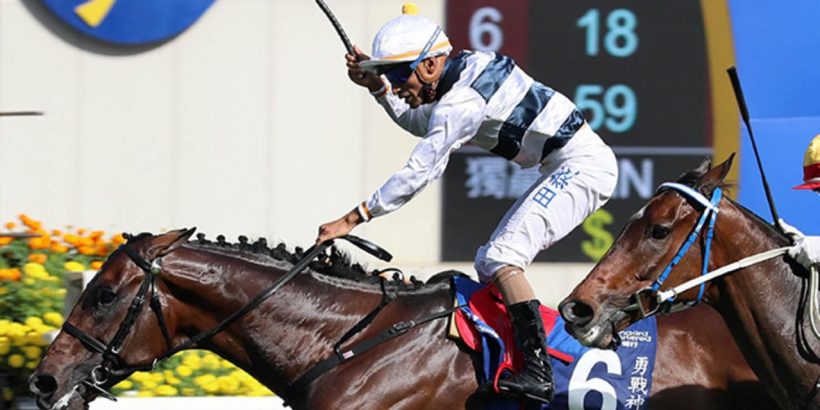 The former Chilean galloper proved himself the best stayer in Hong Kong with his win in the Group 1 Champions & Chater Cup (2400m) in May.

Mr Medici was the last Hong Kong-trained horse to tackle the Melbourne Cup.

He also won the Champions & Chater Cup but finished 10th to Americain in the 2010 Melbourne Cup.

Panfield’s last-start success convinced Millard to investigate the possibility of sending the gelding to Melbourne to compete on the first Tuesday in November.

Millard told the Hong Kong Jockey Club the gruelling 3200m trip was the least of his concerns with Panfield.

Foremost in his mind were the new and tougher demands on horses travelling from overseas to Victoria.

“We’re just doing our due diligence at the moment – it’s very exciting and we’ve been inundated with things from Australia,” Millard said.

“It is very tough and there are a lot of hoops to jump through so we’re not sure if we can still do it within the time frame and to also have a horse that is competitive but if it can all come together then we’ll definitely go.

Millard said Panfield was back in work but he would need to quickly decide whether he would aim the Chilean Triple Crown winner at the Melbourne Cup.

“I think we’re going to make a call pretty soon either way in the next week or so if we are going to proceed,” Millard said.

“It’d be great if we could. It’d be nice to have a tilt at the Melbourne Cup.”

TAB installed Panfield as a $26 chance in its long-range Melbourne Cup market.