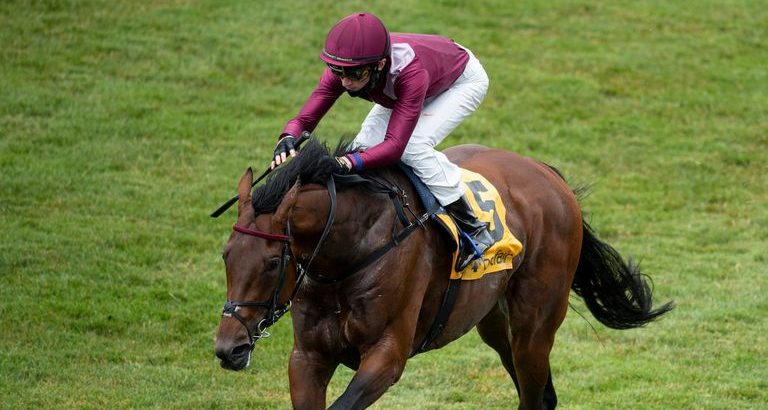 Mishriff is to move up to a mile and a half for the first time in the Dubai Sheema Classic at Meydan this month.

Winner of the world’s most valuable race, the Saudi Cup, on dirt last month, Mishriff will be reverting back to turf for the $6million prize.

It had been thought if Mishriff did return to the Middle East it would be for the Dubai World Cup on the same card, but connections have opted for the longer race rather than sticking to a mile and a quarter.

The John Gosden-trained colt is reported to have taken his trip to Saudi Arabia very well, and it is all systems go for the Sheema Classic on March 27.

“John always had in the back of his mind trying him over a mile and a half at the end of this year,” said owner Prince Faisal’s racing manager Ted Voute.

“I think the opportunity presented itself. He asked the Prince to consider running him, and the Prince basically left it up to John.

“It’s exciting and something to look forward at the end of the month.

“John has won that race a couple of times, and he’s obviously pretty good at getting a horse ready for it.”

What happens there could influence Mishriff’s plans for the rest of the year.

“He hasn’t got many races to go for before Royal Ascot. John thought he can have quite a big breather after this race,” Voute added.

“We might change some of the races we go for, depending on the outcome of Dubai.”