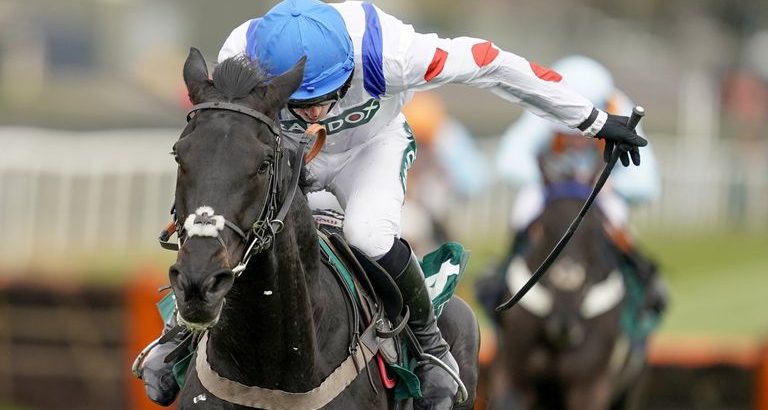 Monmiral maintained his unbeaten record over jumps with a convincing victory in the Doom Bar Anniversary 4-Y-O Juvenile Hurdle at Aintree.

The Paul Nicholls-trained gelding oozed class in the hands of Harry Cobden and proved connections right for bypassing the Cheltenham Festival.

Monmiral was always travelling sweetly in third place behind Fiveandtwenty and Paros in the early stages, until he took closer order from three out.

Main market rival Adagio made his move, but a mistake at the final flight cost the Triumph Hurdle runner-up any chance he had and Monmiral scooted away to score by seven an a half lengths.