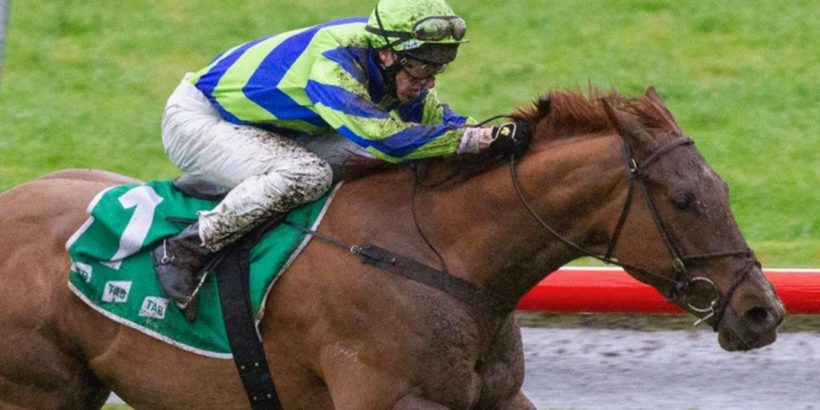 In a gripping and wet end to the SA racing season, Todd Pannell claimed the jockeys’ premiership on a countback while Michael Hickmott took out the trainers’ metro award at Morphettville on Saturday.

Pannell edged out Jess Eaton on a countback (most seconds) after both finished tied on 63 wins.

But followers of the duo were kept in suspense as winners eluded the duo until Beau Rossa won the Listed Lightning Stakes, the second last race on the program.

Eaton still had a chance to claw back the lead in the final race but her mount Echoes in Eternity was unplaced, leaving Pannell, on second horse Noname Lane as a back-to-back award winner.

Pannell said he had enjoyed another terrific season, praising his support staff and rival Eaton for their efforts.

“I have had so much support again this season which was fantastic,’’ Pannell said.

“And to win on a horse like Beau Rossa and to get the lead was a big thrill.

“The horse is going to be a superstar, I think a Group 1 horse.

Michael Hickmott also reflected on a top season which saw him win the trainers’ metro award by two wins against the Tony and Calvin McEvoy team.

Hickmott, one of the rising stars of SA training ranks with an outstanding establishment at Murray Bridge, said he was proud of his and the team’s results for the season.

“Professionally it’s the best day of my life,’’ Hickmott said.

“It is the first year I have purchased the farm which has been a dream of my entire working life and was also the year my daughter was born.

“It has given me immense pride and something I can look back with her and watch her grow up and remember the year.

“It has been a real team effort which has been great. And great to see Jess (Eaton) do so well too.’’

How good was that from Beau Rossa!

The @Clarken_Racing gelding was dynamite in the Lightning Stakes ⚡️ pic.twitter.com/GHZ40SHlDR

While the premiership battles were going on, rising star Beau Rossa sent a reminder of his talent with a dominant win in the $107,250 Lightning Stakes for two and three-year-olds. Camped off the early pace, Beau Rossa ($3.90) took an inside run under the guidance of Pannell to cruise home, accounting for Parlophone ($17) and Esta La Roca ($5).

Clarken was thrilled with his charge’s first-up run since being unplaced in the Group 1 The Goodwood in May.

“I wasn’t sure how he would go on that track but he looked good. He had been working well but Todd rode the perfect race on him.’’

Jason Holder and trainer Jon O’Connor, who both had birthdays during the week, also were singing in the rain with doubles in the opening two races – Self Sufficient ($5) and Motell ($7).

Holder missed a treble in the third race on board Turfitt, beaten by The Brumby, trained by Tony and Calvin McEvoy and ridden by Barend Vorster.

The heavens opened just before the longest race on the program, a Benchmark 68 over 2500m.

But the Jordan Frew-trained Bear Arms relished the conditions to win by more than eight lengths after being third last on the turn, which also gave jockey Eran Boyd a winning result at a metro meeting.