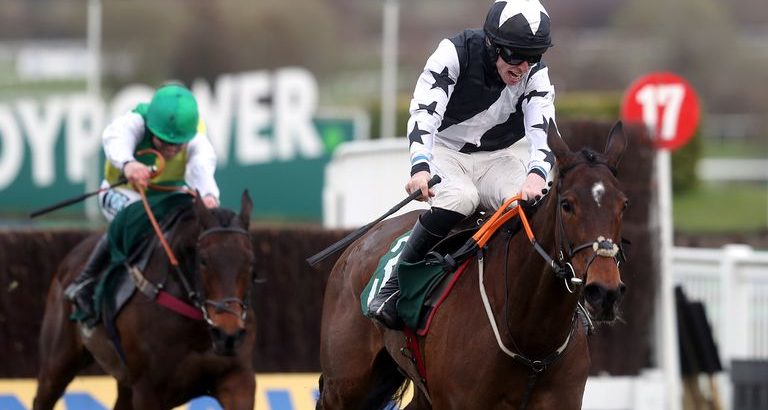 Mount Ida put up an amazing performance to come from last to first and claim the Fulke Walwyn Kim Muir Challenge Cup Handicap Chase at Cheltenham.

Leading two out in the hands of Jack Kennedy, the 3-1 favourite gradually went clear to give Denise Foster a third Festival winner after taking over the licence at Gordon Elliott’s Cullentra House Stables.

Mount Ida, the sixth Irish-trained winner on the day and 17th overall at the Festival, was almost detached from the rest of the field in the early stages of the three-and-a-quarter-mile stamina test, but she got going on the final circuit.

She made stealthy progress and was cantering turning for home. Kennedy made sure she finished off the job and his mount did it in style to win by six and a half lengths from Cloudy Glen. Shantou Flyer was three-quarters of a length away in third. Hold The Note was a further 13 lengths back in fourth.

Rachael Blackmore came down on Plan Of Attack at the third-last fence when holding every chance.

Kennedy said: “I was lucky they were going quick, she was doing her best work at the finish.

“We thought she’d stay, but I’d planned it going a bit smoother in the early part. I just had to make do what I could from there, luckily I had a very willing partner.

“We were hoping she’d run a big race, we thought she might be thereabouts if things went smoothly, but I thought my chances were out of the window after four fences.

“At the top of the hill I was fairly happy and I ended up getting there too soon.

“It was a massive thrill, especially after the day I’d had, probably one of the most satisfactory winners I’ve had.”

Such was the unlikely nature of victory at one stage, the winner touched 999-1 on betting exchange Betfair.