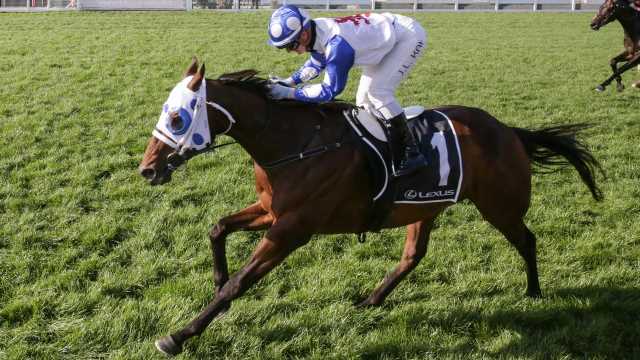 Stradbroke Handicap fancy Mr Quickie will make the trip to Brisbane this week despite Queensland closing its borders to Victoria due to Covid-19 fears.

Trainer Phillip Stokes confirmed his two-time Group 1 winner would board a flight north on Tuesday afternoon and be met by his South Australian-based staff in Brisbane.

Already a Group 1 winner in the Sunshine State after winning the Queensland Derby in 2019, Stokes has opted to take a tried and tested method when it comes to moving his horse.

“We are basically doing what we did when he won the Derby up there,” he said.

“I am really happy with him, his gallop on Wednesday was great and he will do one more piece of work on Monday before going on the plane.

“I will send my Adelaide staff up to be with him, they won’t have to quarantine. I won’t be able to make it.”

Jockey James McDonald will ride the $8 chance who will now carry the top weight of 56.5 kgs following Godolphin’s decision to withdraw Trekking.

While rival trainers have voiced concerns over the firmness of Eagle Farm, Stokes said he is looking forward to getting Mr Quickie onto it.

“I want a firm track so there are no problems there with that,” Stokes said. “Fresh at 1400m seems to be his go, he goes well.

“I didn’t want to transport him, he is not the greatest traveller so I really needed that plane to be heading up so I was pleased that worked out.

“We wanted to do what we have done in the past, either two weeks or a month before the race or go just before it which seems to work good for us because we have good facilities here at Pakenham.”

While he has competed at the top level over 2400 and 2500m, Stokes said the son of Shamus Award is beginning to appreciate shorter trips, saying “anything around the mile seems to be his go now.”