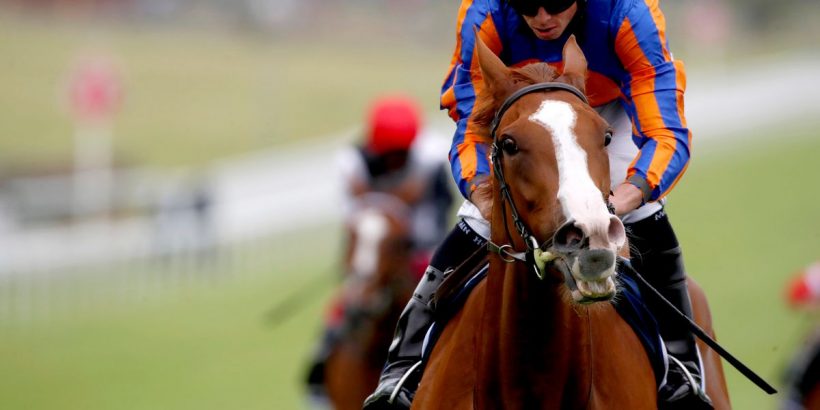 LOVE can conquer all in the Group 1 Prince of Wales’s Stakes (4.20) at Royal Ascot on Wednesday.

Aidan O’Brien's filly is right out of the top drawer and she took last year’s 1,000 Guineas, Oaks and Irish Oaks by decent winning margins.

Ryan Moore’s mount is strongly fancied to hold the challenge of Lord North.

YET created quite an impression when making a successful debut at Dundalk last month and can end Aidan O’Brien’s wait for a first Queen Mary winner.

A daughter of War Front out of a half-sister to ‘Iron Horse’ Giant’s Causeway, Yet was sent off at 4-1 in a field of six for a five-furlong fillies’ maiden at Ireland’s only all-weather venue.

With a quarter of a mile remaining, it was even-money favourite Orinoco River who was travelling the most easily of the sextet.

But it was the statuesque Yet who found when it mattered most to score by a neck, with the third horse seven and a half lengths in arrears.

If Ryan Moore’s mount follows the pattern of her stablemates this year – and takes a step forward from her first two second outing – Yet looks set for a prominent role.

Wesley Ward has captured this race four times, which makes Twilight Gleaming of interest, while the unbeaten pair Desert Dreamer and Get Ahead are also considered. KEMARI seeks to bridge the gap from a Great Yarmouth maiden to a Group 2 test at Royal Ascot – but is fancied to prove up to the job.

The Charlie Appleby trainee is a gelded son of Dubawi and Koora, a half-sister to 2001 St Leger victor Milan who won the Group 3 St Simon Stakes for Luca Cumani.

Kemari was lukewarm in the betting at 12-1 for his debut in a 10-furlong maiden at Newmarket last month but showed promise for the future with a four-length second to Movin Time.

And William Buick’s mount duly stepped up on that first start when running way with a similar event over an additional furlong and a half in Horatio Nelson country 15 days later – Kemari beat Fantasising by six lengths – and there is plenty more where that came from.

Wordsworth, whose brother Kew Gardens won this en route to capturing the St Leger three years ago, is feared, along with Ruling and course winner Stowell.

LADY BOWTHORPE looks better than ever this year and has strong credentials to remain unbeaten at the track.

A four-and-a-half-length supremacy in the Group 3 Valiant Fillies’ Stakes last July was a signal that William Jarvis’s daughter of Nathaniel was on the way up.

She marked her return with a head margin over Queen Power – with Lavender’s Blue third, Indie Angel fourth and Posted fifth – in the Group 2 Dahlia Stakes at Newmarket last month.

And her second to Palace Pier in Newbury’s top-level Lockinge Stakes rates the five-year-old mare’s best effort yet.

Champers Elysees has run flat in two starts this year but a reproduction of her Group 1 Matron Stakes win at Leopardstown last September would make her a big player.

By contrast, Double Or Bubble is unproven beyond handicaps but is on a roll. LOVE is a confident choice to mark her return with a fourth Group 1 triumph on the spin – and a fifth, all told.

After careering to a four-and-a-quarter-length win in the 1,000 Guineas at Newmarket in May of last year, Aidan O’Brien’s daughter of Galileo followed up by nine lengths in the Oaks at Epsom the following month.

Ryan Moore’s mount had five to spare over Alpinista in the Yorkshire Oaks, after which the master of Ballydoyle declared Love to be the best female he had trained. High praise, indeed.

A challenge for the Prix de l’Arc de Triomphe was aborted thanks to gluepot conditions at ParisLongchamp, and my selection has been absent since.

But, despite her impressive CV, there is still a feeling of unfinished business, and Love is expected to cope with the halfway-house trip of 10 furlongs for a successful comeback.

Lord North won this last year and isn’t passed over lightly, despite breaking a blood vessel when capturing the Group 1 Dubai Turf at Meydan in March.

Love’s stablemate Armoury won well at Chester but the bronze may go to dual top-level scorer Audarya, who signed off for 2020 with a win at the Breeders’ Cup.

BEAT LE BON has ‘previous’ in heritage handicaps over a mile – and is back down to a winning mark.

It was in August 2019 that the son of Wootton Bassett racked up a summer hat-trick with a one-length margin in the Golden Mile at Glorious Goodwood.

That has turned out to be Beat Le Bon’s last win, with defeats in his 12 races since.

But a strong-finishing neck second to Stunning Beauty at Doncaster 12 days ago showed Richard Hannon’s five-year-old to be back in business.

Proven on fast ground and in big fields, Beat Le Bon – due to go up 2lb in the future – now competes from a British Horseracing Authority rating 1lb lower than for his Goodwood victory, and Hannon’s booking of former protégée Hollie Doyle is another plus.

Dangers lurk at every turn in one of the toughest betting races of the entire season, but close Thirsk Hunt Cup third Astro King looks the type to have more to offer and heads a shortlist completed by Lincoln winner Haqeeqy, Maydanny and favourite Finest Sound.

RUTHIN could take some catching as she seeks to give Wesley Ward a ninth Royal Ascot two-year-old win.

Eight of the trainer’s 11 triumphs at the meeting have come in the juvenile division, and Ward has another leading candidate in this powerfully built daughter of Ribchester.

Ruthin still looked rough hewn as she took on nine opponents for a maiden special weight over five and a half furlongs on Keeneland’s turf track in April. But the American challenger did the job in style, coming home six lengths in front.

With that experience under her belt, Frankie Dettori’s partner will know more today – and this ‘point-and-shoot’ job can find the bullseye.

Armor had just three rivals to beat on debut at Doncaster but did the necessary and rates a candidate for the minor medals, along with Dig Two, Amalfi Coast and Ruthin’s stable-companion, Golden Bell.

STUNNING BEAUTY is unbeaten in Britain, effective on fast ground and has a progressive profile.

Saeed bin Suroor has evidently found the daughter of Shamardal a tricky horse to train – she didn’t race at two – but there’s no doubting Stunning Beauty has plenty under the bonnet.

Successful in novice events at Newmarket and Leicester last summer, my selection flopped twice in Dubai at the start of this year.

But Silvestre de Sousa’s mount was back to form with a defeat of Beat Le Bon at Doncaster on the back of a 99-day lay-off, and there is more to come.

Lights On, who comes here in search of a hat-trick, has an attractive profile, as do Dreamloper, Mostly, and, at longer odds, the returning Waliyak.