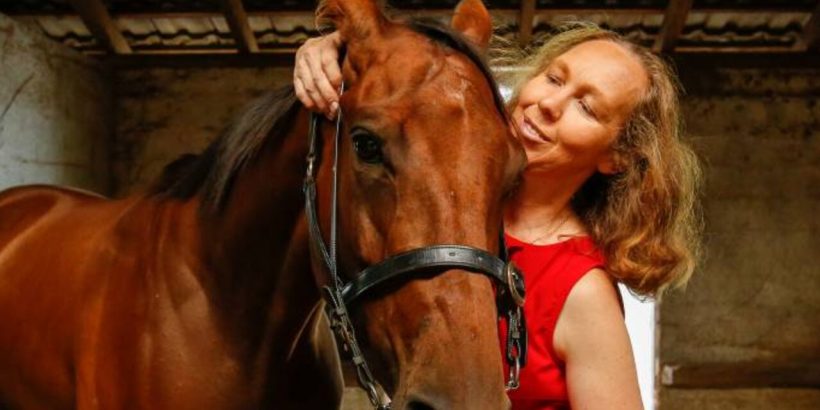 Blink Twice, once a stablemate of Melbourne Cup winner Vow And Declare, was underwhelming in her two starts down south before being put up for sale.

The daughter of Wandjina has clearly benefited from the change in scenery with a couple of eye-catching runs over 1200m.

Blink Twice is blessed with a soft draw and the services of gun apprentice Tyler Schiller in the Get Well Tricky Maiden Plate (1400m).

“She has done a super job,’’ Bateup said.

“One of my owners bought her at an online sale, I think they paid ten grand for her.

“You wouldn’t think it would take her too long to knock her maiden off so they will definitely recoup their purchase price.

“I was really happy with her first-up effort at the Sapphire Coast. She drew poorly that day and had to go back and worked home really good,’’ Bateup said.

“Brock (Ryan) rode that day and he was quite adamant that had she drawn a better barrier she would have sat a little bit closer in transit and been right in the finish.’’

Theresa Bateup is hoping for a double at Nowra.Source:Supplied

Blink Twice improved again at her subsequent start to finish second on the tricky Queanbeyan track, rated heavy on the day.

“I think she will appreciate getting back on a bit better track and a bigger track and she has drawn really nicely and she will also appreciate the slight step up in distance,’’ Bateup said.

As for Halliday Road, the sturdy seven-year-old lines up for his 69th start aiming for his first win away from the Sapphire Coast where he has won seven times.

Halliday Road won back to back at the Bega circuit before a last start fourth in good company.

“He has been super this preparation and he was probably in grade last start there at Sapphire,’’ Bateup said.

“I won the race with Magico Hombre who I think is a really nice progressive horse and I thought Hal’s effort was quite sound.

“It’s not that he doesn’t perform at other tracks, it just so happens he has stuck his head out at the right time at Sapphire a number of times.’’

Well-bred Lonhro filly from the Jason Coyle yard who will be better for her first start. Trialled well before that and can show up.

Only won two from 30 but he has placed 11 times, nine were seconds. Beat Pipalli at Kembla last month. Go well.

Waterhouse/Bott Snitzel filly placed at Kembla on debut and has trialled up extremely well to break the maiden straight off today.

Group 1 winning jockey Alysha Collett can keep her tally ticking over nicely today with a number of good rides.

Zoisite is a Lonhro filly and grand-daughter of Zegagal – the sister to Zeditave – trained by Jason Coyle. Zoisite had trialled very nicely indeed before he debut at Queanbeyan in a four-horse race where she led and only battled late but it was a Heavy 8 so we have to be forgiving. Has talent. Shoeless Joe is another well bred horse; this one having his first start off some encouraging trials. Ditto that for Platara who can run well from the good draw.

Shamus Dream is another of the Jason Coyle stringi in action. The daughter of Cox Plate winner Shamus Award has been mostly thereabouts in her six runs so far and should get a good run from the alley if good enough. Deepstar led throughout to win by a comfortable margin at Goulburn last time out. Has to make the step up from a maiden to a Class 1 but seems capable. Missile Magic has only won once in 14 starts but the talent to figure.

Jason Coyle again (hopefully) via Waihora Jewel who has won just one race in her 14 starts but a lot of that (non winning) has to do with ehr pattern. She gets back in her races and while not exactly barntsorming, she can really build up speed late in her races. We All Agree was building up to that dominant near five-length win at Queanbeyan last time out. Can keep progressing from here especially with barrier three and Jay Ford again. Lunar Rain, Coyle’s “other” mare, has claims third-up off a recent second.

Raahiyah is a superbly bred Emirates filly by Snitzel trained by Gai Waterhouse and Adrian Bott. She is down to have her first run here and we know that the stable always has them ready to perform from the get-go. Take note that she finished an impressive second to a stablemate who came out and won. Charlemagne seemed to have his chance when a distant third to his stablemate Jerry at Wagga. Firmer track may assist. Grand Palazzo lost the rider last start but the form prior was adequate.

My Little Racer is a versatile type who has run some eye-catching races without winning; certainly merit throughout in several runs during the last campaign. Resumes and the last trial was a lot better than it looks on paper. Generates interest on an each-way basis. Blazing Beau was a big drifter first-up and ran accordingly. The reason he ran so poorly was all done to the track so hopefully we can get into the Good range by post time so he can show his true talent. Byblos Boy has won 10 from 59 at age 11 so he is a real marvel.

BET: MY LITTER RACER each-way, Blazing Beau Place (on a good track only)

Auburn Boy is a Robert And Luke Price trained son of the prolific stallion Bon Hoffa. Granted, Auburn Boy has only been able to win twice in 30 starts but he has placed 13 times and nine of them are seconds including at Goulburn on March 20. Go back three starts and he beat Pippali who was subsequently placed in the Group 3 Kembla Grange Classic. Roseirro deserves some reward for effort this campaign. The stablemate to Art Cadeau has tried very hard throughout but just found one better at her last couple of outings. Miss Jenny was fourth to Favreau no less at Kembla at her most recent appearance.

Blink Twice raced a couple of times in Victoria and was never really a factor in each but she was bought online after that by clients of Theresa Bateup and has since turned the corner – big time. She was without any question the run of the race in her only two starts under the new regime and they were both at 1200m. The 1400m now on the bigger track is tailor-made for her first win. Bella Figura is quite a handy type and will be fitter for the first up run which was pretty good actually. Princess Alakhai is the blow-out at odds.