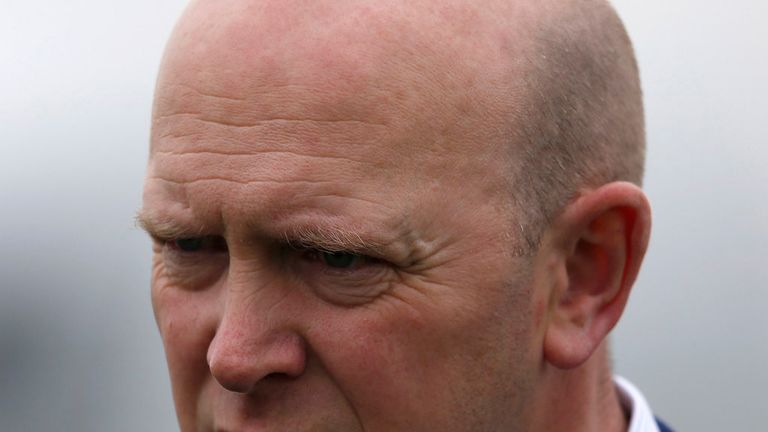 The son of Sea The Stars shaped with abundant promise when third on his racecourse debut at Newbury in September – and Burrows was hopeful he would get off the mark at the second attempt on Tuesday.

Hukum found himself in an unfavourable position rounding the home turn, but managed to make space for himself before flying home to claim an unlikely success.

Burrows said: “He ran well at Newbury, but it looked like he had forgotten all he learnt that day. (Jockey) Jim (Crowley) said they were in the stalls around nine minutes, and when that happens they can be slowly away – and he was.

“I was a bit disappointed turning for home, because I thought he’d nearly win going into the race. Then when he started getting going, I thought he was going to finish third and then second – and it was great to see him get up and win.”

Hukum has earned his winter break, as plans are hatched for next season.

“We’ll put him away until next year now and start him off over a mile and quarter on a galloping track like Newbury,” added Burrows.

“Whether we run in another novice under a penalty or go for something else, we’ll see – he’ll tell us.

“He’s in the Derby, because you have to enter so early. He’s bred to be that type of horse – but whether he’s good enough, only time will tell.

“He’s an exciting horse, and it’s nice to dream.”

Another horse for whom Burrows holds high hopes in 2020 is the talented sprinter Tabdeed.

The four-year-old returned from the best part of a year on the sidelines with an impressive success at Doncaster in August, but disappointed when stepped up to Group Three level for the Bengough Stakes at Ascot two months later.

Burrows said: “He was disappointing at Ascot – but that was the softest ground he’s ever run on, and (jockey) Dane (O’Neill) said he was never really going on it.

“He’s obviously had his problems in the past, but we’ve had a relatively good run with him this year. I hope, as he’s getting older, he’s getting that bit easier to train.