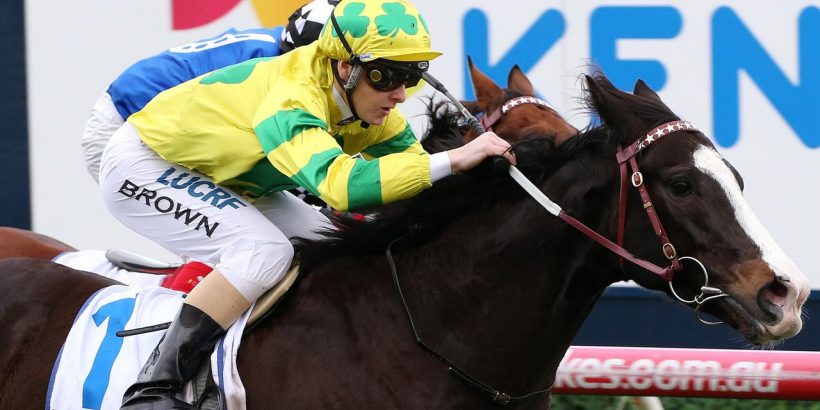 Group 3 winner Pacodali is off to Gilgandra before a possible trip to outback Queensland after his controversial online sale.

Trainer Maddie Raymond bore the brunt of a social media backlash after she listed Pacodali for sale, on the instructions of the horse’s owners, in an online bloodstock auction this week.

Raymond received nasty and upsetting messages from those that thought the rising nine-year-old should have been retired to a paddock.

Dixon went to $10,000 to secure Pacodali for his NSW stable.

He said he was undecided whether Pacodali would race again with a vet to inspect the horse when he arrives at Dixon’s stable.

“We’ll get him up here and see how he is,” Dixon said.

Dixon hoped Pacodali could be the horse that gives him victory in a race he has coveted for years.

“Hopefully we can try to have him ready for the Birdsville Cup,” Dixon said.

“We go out there and it’s a race we haven’t won yet and he’s the right horse to win it if it’s assessed that he’s right when he arrives.

“We’ve won every race out there except the Cup.”

However, Dixon said Pacodali could also be immediately retired from racing if he is not sound enough to return to the track.

Dixon said he had a back-up plan for Pacodali should he decide not to race his new purchase.

“He’ll go over to my sister. She’s a trainer as well at Muswellbrook.

“He’ll go over to her and she’ll do some retraining and probably some dressage and stuff like that herself.

“Either way, if he’s not suited to the dressage, we’ve got big paddocks that he can go and spend the rest of his days in.”