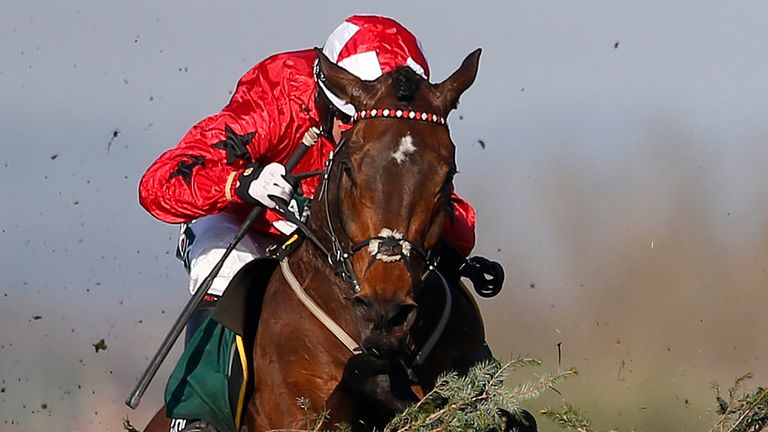 Blaklion and South Seas will try to make an immediate impact for new trainer Phil Kirby and owner Darren Yates by bringing up a memorable spring double.

The Randox Health Grand National on April 6 is the target for Blaklion, who won the 2016 RSA Chase and finished fourth in the 2017 National for Nigel Twiston-Davies before his big-money transfer last month.

Blaklion had been entered for the Pertemps Final and Cheltenham Gold Cup at the Festival, but all roads lead to Merseyside after bypassing those options.

Kirby said: “It’s all been going to plan, and we’re heading straight to Aintree. The horse is fresh and well, and seems in good form.”

The Richmond trainer and Yates will be hoping Blaklion can form the second leg of a spring double – with South Seas prominent in the betting for the Unibet Lincoln, which kicks off the Flat turf season at Doncaster on March 30.

The five-year-old was a Group Three winner as a juvenile for Andrew Balding and Qatar Racing, but failed to hit the expected heights and was sold for 150,000 guineas at last year’s Tattersalls Horses-In-Training Sale.

South Seas has not got his head in front since that Solario Stakes win in 2016, but Kirby believes he merits respect in the first big handicap of the year on the level.

He said: “It (spring double) is a nice idea!

“South Seas is a really nice horse, and I think he deserves to be quite well fancied for the Lincoln. He’s a horse that has some good form in the past and could run well in a race like that.

“He’s fit and well, and we might take him away for a gallop in the next few days, but he’s in good order.”