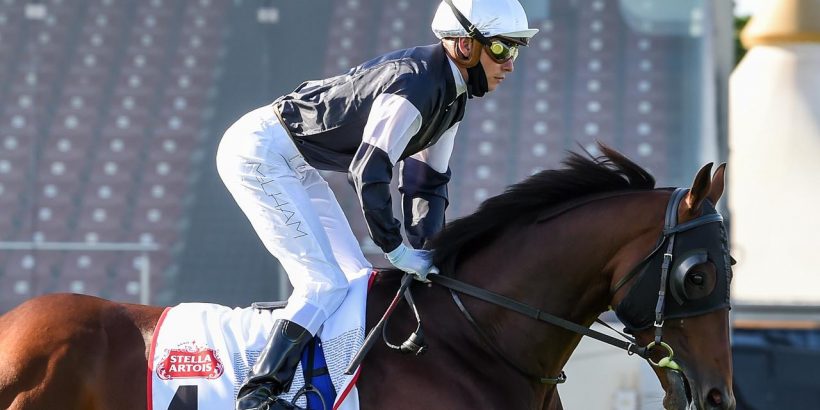 Punters have launched at former French and Hong Kong galloper Dice Roll, backing him from $3 into $2.25 in early betting.

His form has been faultless at all three Australian race starts. He hit the line superbly at his most recent win at Flemington over 1420m, suggesting the mile will suit and only carries 1kg extra.

Big market watch on the top-weight Buckhurst ($8.50). The three-time Group 3 winner has been gelded and is resuming after contesting the Caulfield Cup and Cox Plate last preparation.

There has been some support for Mongolian Marshal ($31-$23) following a narrow win at this track and distance two starts back.

Unique Artist ($4) has attracted plenty of early market support and is looking to bring up the hat-trick following an emphatic victory over 2000m at the track last start at huge odds.

The way she hit the line suggests the extra trip should be no issue and is the one to beat. Jamie Kah teams up with Token Spirit ($4.80) again here after a convincing win over 2400m at Sandown and punters are happy to jump on board again.

There’s been plenty of early interest at each-way odds for Don Arcangelo ($6.50), who is having his first start in Melbourne after winning easily at Newcastle last time out.

There has been an early steer away from race favourite The Astrologist ($3.60-$4.00), despite coming off a tough last-start victory over 1100m here.

Instead, the money has flowed in for Isaurian ($4.80) following his last-start third at Eagle Farm back in December.

This will be his first time down the Flemington straight but clearly punters think it will be no issue.

Hi Stranger ($4.60) is on the second line of betting and ran on well in a tussle with William Thomas when beaten by The Astrologist last start.

Early TAB shoppers have loaded up on race favourite Stockman ($2.60-$2.30) to win this year’s edition of the Caloundra Cup.

The Joseph Pride-trained gelding won the McKell Cup last start on a Heavy 8 track and with similar track conditions expected on Saturday, he looks well-placed to chalk up back-to-back victories.

Parry Sound ($6) has been ultra-consistent without winning and ran third to Stockman last start but does meet him better at the weights.

Wu Gok is a $6.50 chance and finished well back in the McKell Cup but a rain-affected track can only enhance his chances.