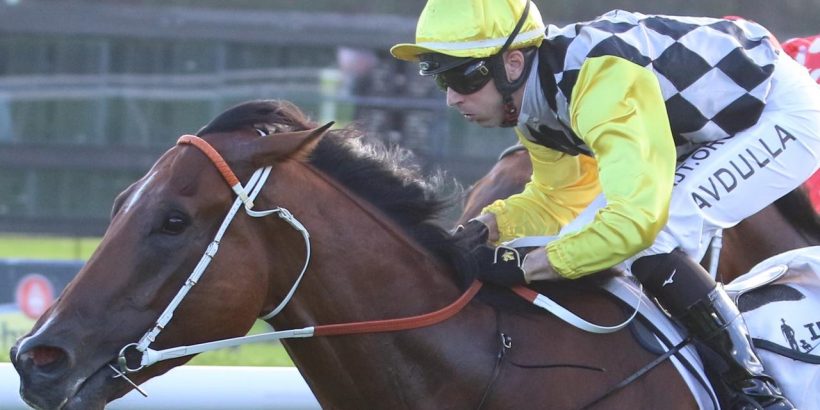 She’s undefeated to date with three impressive wins and there’s no reason why she won’t do it again at her home track.

She won well last time and will run out the trip. She’s third-up too so there so she should go to another level and be hard to get past.

Peter and Paul Snowden could have a day out with Sirens, Close To Me and Falcon looking like good hopes.

Trainers Peter and Paul Snowden have a number of leading chances at Gosford on Thursday. Photo: Simon Bullard/AAP ImageSource:AAP

Brenton Avdulla has three good chances with Rapids, Prince Camelot and Sidearm who is knocking on the door.

He was great in winning here first-up and loves racing at his home track where he’s never run worse than second. He’s going to appreciate the extra ground on Thursday.

THE INSIDE MAIL FOR GOSFORD

Majestic Shot has won three from three to date and done it impressively and she now gets to run on her home track. Although she’s up in grade again she’s well placed here against this field. Close To Me looks the main threat and she’s third-up off two solid runs and will stalk the speed here. It will be interesting how dropping back in trip on a tight-turning track will set up for her though. Riccardo has one win from one run here and is first-up off some good form last time in and he looks to start overs.

Falcon returns from a spell after winning hear impressively at its only start last preparation. This horse could be back in town sooner rather than later. Seleque has a wide gate but James McDonald has stuck with her after they combined to run third at Hawkesbury. It will be interesting to see what they do on here from the wide draw because she is adaptable. Sole Heir can race on the speed which is the right formula at this track and Titanium Power returns after showing lots of promise at its first preparation.

Sally Pops will likely push forward from an awkward gate. There will be question marks over her ability to run out 2100m but this is the track to do it at. Kristalove shouldn’t have an issue with the distance off a dominant win at 2000m second-up. She can only get better now and she’s the one to beat. Prince Camelot is bred to get this trip with ease and he’s rock-hard fit for it. Eugenio has ran three placings here from four runs and can be ridden positive or negative.

Pride Of Adelaide got to a Group 2 race last time in and this shapes up well for him second-up over a mile. Stablemate Members Only was an impressive winner last start and James McDonald naturally sticks. He’s on the rise and will enjoy a mile now. Sidearm has run two second this time in and has finished in front of Sally Pops on both occasions and that horse runs in the previous race so could provide a formline. Tectonicus will need luck from the draw but if he gets it he’s capable.

Bet: Pride Of Adelaide to win

THE INSIDE MAIL FOR COFFS HARBOUR

Tequila Cabos is the only debutant in this field but will attract some attention off a nice winning trial. She’s had three of them so should be ready to give her best at start one. Shootforthestar returns from a long spell and he’s trialled well enough. She did run into Lord Olympus last time in and that horse has gone on to race in Stakes grade. Dirty Or Dry will improve off his debut third and the extra 200m looks to be ideal for him. He and Pollard would like a drying track.

Furphy came from off the speed to win in nice fashion at this track first-up when it was heavy which is what he’ll get on Thursday and the extra ground is perfect for him. He’s got barrier one to take advantage of and will be hard to beat. Whatyouloikingat has a wide draw but that won’t stop her jumping and trying to cross them and lead. She has a good record at the trip but will she be vulnerable late? Capannello is used to wet tracks and drops in grade for this second-up so is a good hope.

Sugar Baby likes racing at her home track and her win here last start wasn’t that much of a surprise after she ran a close third and was unlucky not to make the Country Championships Final two runs back. The claim gives her a winnable weight in an average race. Shows Pride has won two of his past three and has barrier one again, which he won out of last time. A heavy track would be his only concern. Hot Scene won’t mind it wet and has won first-up and her trial suggest she’s ready to give it a shake.

Endangered Species has the home track advantage and drops in grade off a pretty good fourth at Wyong last start. He doesn’t mind a wet track either. Saintly Sunrise is another local who ran on well last time here but he has only won once from 19 starts. He is better than that though and has placed six times. Jakuta is an absolute swimmer with four wins and six placings from 11 heavy track runs. Ramsey’s Law won pretty easily last start after getting a good ride and that should give him a decent confidence booster.