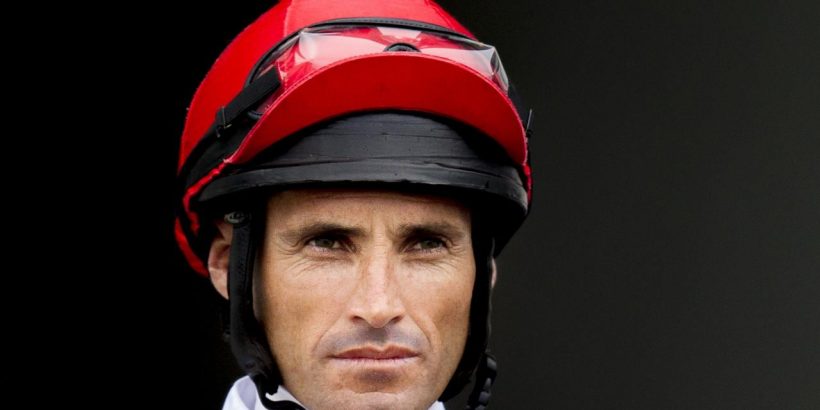 Form analyst Shayne O’Cass runs his eye over the seven-race programs at Tamworth and Queanbeyan.

Kris Lees-trained filly who finished over the top of them to win at Port Macquarie on the Heavy 8 last time. Progressive type who should run the trip.

Exciting type with an impeccable record winning twice and second twice from only four starts. Placed to advantage she should win.

Well-bred gelding from the astute Damien Lane stable who has sent out all the right signs in his trials. Drawn perfectly to win the Starmaker today.

Grant ‘ Bucko’ Buckley can elevate himself to fifth in the NSW Statewide Jockeys Premiership standings with some cracker rides on the card.

Dunara is a Kris Lees trained filly who showed significant improvement at her second starts, in fact, she charged down the middle of the Port Macquarie track to win the 1500m on the Heavy 8. No reason why she won’t run out the longer trip today. Her stablemate, Surf (out of a mare named Tide!) is well into the preparation so is very fit for today’s next mission. She ran really well indeed at her only run over 1750m at Muswellbrook. Allan Denham’s Mopitts, who races in the Marscay colours, is a half-sister to Doncaster winner Nettoyer and likewise is fit for the trip. Saintly Sunrise is building up to a win and has barrier 5 and Jeff Penza.

Damien Lane’s He’s Purring has sent out some very positive signs in his trials. He’s Purring is a half-brother to eight winners including two Stakes winners, one of them is also the mother of Outback Barbie. His trial win was an absolute ripper; he looked like the perfect example of a ready-made racehorse. No reason at all why he can’t win this from the good draw unless he just hates the wet. The Kris Lees youngster Topender must be respected. Sparky’s Sister is the value runner in this year’s coveted Starmaker 2YO Handicap.

Third emergency Ceasefire is trained by Paul Messara and is a half-brother to his own Mic Mac who won two Group 2’s and was placed in a T J Smith and a Stradbroke. The cleverly-named son of Panzer Division was highly impressive when winning his trial at Muswellbrook by 4-lengths. That said, the runner-up, Running In Circles, went OK too. The Scott Singleton trained Cheval Cat has the race experience and a degree of depth to her form. Todd Howlett’s Lilly’s Lolly and Cameron Crockett’s Nice Water both trialled up well for their respective debuts.

With the Richard and Michael Freedman-trained Celestial Doll a scratching we default to Todd Howlett’s Siege Warfare which doesn’t often let the side down and is well placed from the draw. Oslo has won two of his three runs this preparation since Nathan Doyle took over the training duties. The ‘old’ and the ‘best’ Drachenfels would give this a real shake; probably run over the top of them actually.

Todd Howlett could be the beneficiary of a Richard and Michael Freedman scratching. Photo by Mark Evans/Getty ImagesSource:Getty Images

Bellastar is a Colt Prosser-trained mare by Black Caviar’s sire, Bel Esprit, and is racing really well this time in. She finished fifth of 14 in the Mid-North Coast Country Championship Heat at Scone and has a heavy track placing alongside her name. Paul Perry’s She’s Independent has won five races, two of them were on Heavy tracks. A fully fit mare and barrier 1 should work in her favour given that she has the pace to lead. She’s Never Late has raced three times on heavy for a win and a third. Chambermaid has a great prep last time in work winning twice before the break. Top run first-up when fifth in the Hunter and North-West Championship Heat here on March 7.

Water Dove could easily be in the 2022 Championships given what she has done in her four starts, namely winning twice and finishing second at the other two. Those two seconds by the way were behind Art Cadeau and Leo in Randwick Highways. Spiritual Power was building up to that last start win at Port Macquarie and most importantly, the track that day was a Heavy 8. Nicator had excuses for his last start at Tamworth. Expect better today. Favra has raced without luck at times this preparation and is absolutely good enough to win.

Dream Song is by Your Song who famously won the BTC Cup by 5-lengths on a Heavy track. As for Dream Song, this Kris Lees trained mare in the Mugatoo colours has placed at her last three starts, all of them in quite handy races actually. Gate 5 and the claim is a big assist. Value Abbey has only won two from 29 but she has placed seven times including to Deepwood Vale and Dr Copper (runs here too) last time out. Hustled will be strong late. Santa Margherita has been in terrific form the last few weeks.

Ran a huge race at her first start in NSW and for new trainer Theresa Bateup in a Sapphire Coast maiden on March 1 when $13 into $9.50.

Danny Williams’ gelding who ran third to Art Cadeau and Water Dove first-up in a TAB Highway at Randwick, albeit back on January 23.

No good thing to run here but she gets her big chance (again) to breakthrough.

Originally published asBest bets and inside mail for Tamworth and Queanbeyan