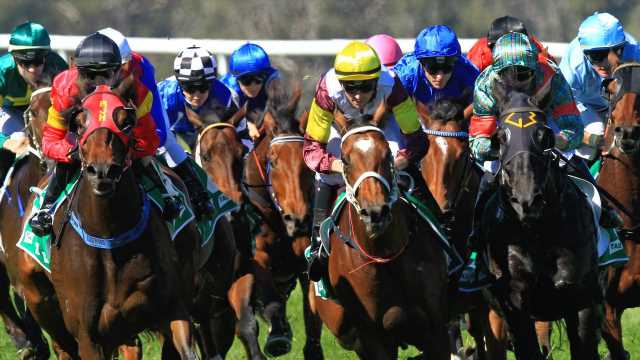 Form analyst Shayne O”Cass is keen on a Cody Morgan-trained gelding to break through at Tamworth while and promising three-year-old can stay unbeaten at Bathurst.

Unable to win in 16 starts but he has placed at nine of them and with barrier 2, 4kg off and his home track – this is the day.

Was seriously impressive when he won first-up at Moree, This is a much better field but he seems up to the task.

Lightly-raced type from an astute yard who is certainly headed on the right trajectory towards a win.

Jackson Searle and Cody Morgan combined for a double at the last Tamworth meeting and are in line for a repeat on Tuesday.

Peter Robl has found the perfect race for his son of Rubick who won’t have to have improved a lot on what he did at Goulburn second-up.

Races in the Zaaki/Lost And Running colours. Trialled like this is well within reach.

THE INSIDE MAIL FOR TAMWORTH

Trumped Up is still a maiden after 16 starts but he has placed nine times. He has only been with Cody Morgan for his last four career starts and has three placings and a fourth. Talk about ‘well placed’, the horse has barrier 2, 4kg off and is racing on his home track. Pump It Up is another one of those horses who has found winning to be an elusive quest. But she has four placings, three of those are seconds. Lovely Spirit ran a huge race at her first run for Stirling Osland.

Being Naughty has been very well handled by Bob/Glen Milligan which is reflected in his record of nine starts for a win and five placings here there and everywhere. This is her first run at Tamworth but she is aided by a pretty good draw and Dylan Gibbons’ claim. Blinkin Fast racked up his 50th start on May 20 at Moree. Came from well back to be beaten 2-lengths. The 1400m should suit now. Midnight Magic is the value runner at big odds.

Bet: Being Naughty to win, Midnight Magic to place

Demeurer is a lightly-raced gelding going places. The son of Smart Missile was encouraging to say the least. He must have spelled OK too because that first-up win was a demolition job at Moree. Not sure about the standard of the opposition there but you can’t blame him for that. Vertical would have been a certainty beaten had he not won last start but when Jodi Worley got him into the clear, it was over. Handy type. Bethpage is a big improver.

Rubic Honour has drawn wide but he likely moves in a few slots with the expected scratching. This Cody Morgan trained son of Rubick won two of her three starts last prep (and was second at the other). He resumes with a terrific fifth at Muswellbrook and is ‘one for one’ at this track/distance. The Wayfarer was $1.50 to $1.95 here on May 17 but won like the twos-on pop that they went up. Obviously talented. Dixie Can fast and is a winner here at home.

THE INSIDE MAIL FOR BATHURST

Little Zipper has placed five times in 16 starts but it is important to note that she has only been with Wanda Ings (here) for four of those career runs. Those four for Ings include three placings and a fourth which is a longwinded way of saying that she should at least place, if not win. Maternal Gift has finished runner-up at her two runs this but the bad news is that she was $1.90 and $1.40. Going to be sort again here and fair enough too. Military Star is a player.

Smuggler’s Bay is without doubt the most interesting horse at Bathurst, bearing in mind that he is nominated for Gosford on Thursday. Let’s assume that he is here, he will have to run 1100m for the first time but surely, he can stretch that awesome speed out from 1000m. It’s not a given but you’d think he is sweet. Tags was spelled after winning two of his three runs at the first preparation. Good effort that and he resumes at home. Clay Pan Boogie is from the astute James Ponsonby camp and ought to be strong late.

Bet: Smuggler’s Bay to win or, if scratched, Tags to win

Jockey Kayla Nisbet is looking to make it three from three on the promising Smuggler’s Bay.Source:News Corp Australia

Feeling Mighty has won two of four runs for Peter Robl. One of them, he beat Stoltz and the other was more recent, 16-days ago in fact when very tenacious in that Nowra victory. Robl has scoured the race calendar to the right race and has come up with the perfect assignment for the son of Deep Field. Sharpshooter is the only horse in this race whose benchmark rating begins with a ‘6’. Williamson is trained here and should be finishing off hard.

Lunar Rain is a Jason Coyle trained mare who has been racing in much tougher grade than this and not too badly on occasions. She wasn’t poor by any means at Nowra only beaten four lengths. Fitness won’t be an issue not will ‘class’. Telfer is an in-form galloper by Arc winner Dalakhani trained at Wyong by Jeff Englebrecht. Quite simply, this is another ideal assignment for the gelding. Careering Away was way below his usual level of performance last start; Pay to forgive and otherwise consistent racehorse.