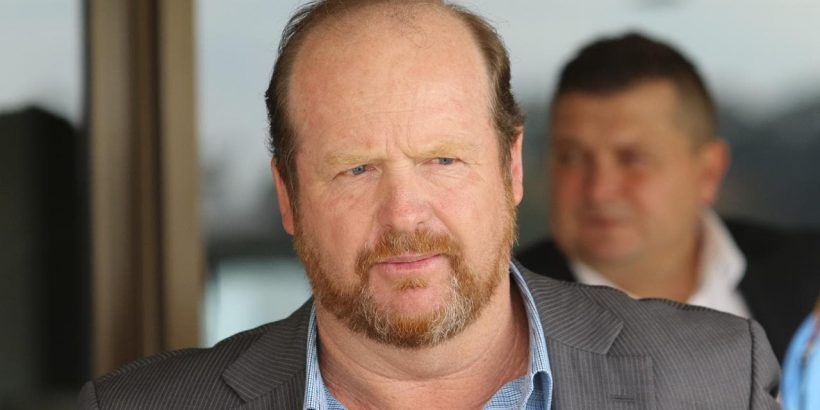 Form analyst Shayne O’Cass is confident a Mark Newnham-trained colt can kick off win a win at Wyong while a Flying filly can score on debut at Moruya.

Very well-bred colt who had major excuses at his debut loss. Spelled and has come back in great shape. Nice horse.

Got the ride of the century when he won here last start but kudos to the horse too; he showed plenty of class and desire.

Snitzel colt from the Gerald Ryan and Sterling Alexiou yard who has put the writing on the wall for a bold debut via some lovely trials.

Brenton Avdulla has a terrific strike rate at Wyong and can add to it on Thursday. Photo: Mark Evans/AAP ImageSource:AAP

Brenton Avdulla has a near 20 per cent win strike rate at Wyong; he rides this tricky track as well as any and better than most.

Daughter of Flying Artie and Abba, hence the name; trialled like a bomb at the Sapphire Coast 11 days ago.

Last start winner who got through the Heavy 9 when she saw it for the first time at Queanbeyan a couple of starts prior.

Goldmine broodmare once she retires but plenty of wins in store for the Price stable newcomer.

THE INSIDE MAIL FOR WYONG

Vibrant gets her big chance now. The Allan Denham trained daughter of Summer Cup runner-up Brightest has run second at her last two starts in 900m races and she just has to be able to run 1100m – surely – make that, hopefully. Bitcoin Baby is a Gerald Ryan and Sterling Alexiou trained filly for Carl ‘Lost And Running Holt. She ought to run well on debut off the trial which was a lot better than it looks on paper. Pressita is very fast but very questionable late. She’s Super from the Marc Conners camp, has placed at five of her nine starts.

High Tribute is a grey son of the grey dual USA Grade 1 winner The Factor and has so far placed at three of her seven starts and has run well at other times in quite reasonable company – Kiku, Solar Apex for instance. Trialled up nicely for this. Jimmy’s Dream is a nightmare for punters. He has raced five times and lost every one of them at starting prices of $6, $3.20, $2.50, $2.20 and $2.50. That said, he has run four seconds a third. A Land Of is heading the right way and the race suits. Ditto for the stablemate Supreme Leader who went very close indeed last start.

Selhurst Park is a hundred, nay a thousand, times better than what we saw from this Shaftesbury Avenue clone at his first and only start. He had a pretty torrid run and was entitled to fade noting too that the race winner was Ranch Hand. Trials point to a much better performance today. King High beat one home on debut but wasn’t terrible bearing in mind that those ahead of him included Overpass and Greater Harlem. Barmera is a son of I Am Invincible who beat Dark Rebel (won at Warwick Farm on Wednesday) in the recent trial.

Deficit is by Snitzel; his 5th dam is Easy Date, the mother of Snippets. He must rank as one of the cheapest Snitzel’s ever selling for $65,000 at the 2020 Magic Millions. Bit cheaper than the $1.2m his half-brother made up there in January! Bottom line is, he trialled like a horse that would be winning races. Cushy shapes as the potential value runner. He hasn’t been shown up at all in any of his three trials but he looks to have something there. Rocstar Boy has so much natural improvement in him for this. He will very much appreciate going to 1100m off the 900m debut where he essentially ‘chased’ the whole way.

Pia Sofia is building to another win. The Ron Quinton-trained daughter of I Am Invincible is fourth run into the present campaign this afternoon and no one could have missed her willing finish when a close-up third here 14 days ago. All eyes on the market and flucs vis-a-vie the Queensland-bred Victorian campaigner War General who has his first NSW run on Thursday about a month after he won at Ballarat. Should be in the finish here. More Strawberries won, Cream Rises, absolutely bolted in at Gosford. Interesting to see what he can offer this time. If Traminer comes, obviously it has major claims despite the wide draw and the weight.

Keagan Latham has a pretty good lead in the Provincial Jockeys Title but he can always use a bit more of a buffer of course. The Mauritius and Meydan Group 1 winning jockey has the steer on Fashion Afields’ granddaughter Off Her Roca for the Freedman’s and while at face value, she might need ‘one’, she could just as easily come over the top of them. Kariba has won two out of 22 but she has placed 10 times and this is basically her per trip. Long Weekend is lightly-raced and was good at the return here.

Bet: Off Her Roca each-way

Squanto was never, ever going to lose in the run here two weeks ago. Brenton Avdulla got him to where he needed to be and boom, the son of Sebring roared away from the rest to win by a good space. Can’t really vouch for the opposition that day but he thrashed them to be fair. On the up so why not again? Momack is your typically consistent Angela Davies racehorse. Has to be there again. Estroverto a barnstormer when circumstances allow. Salsa Man has a compelling record at this venue.