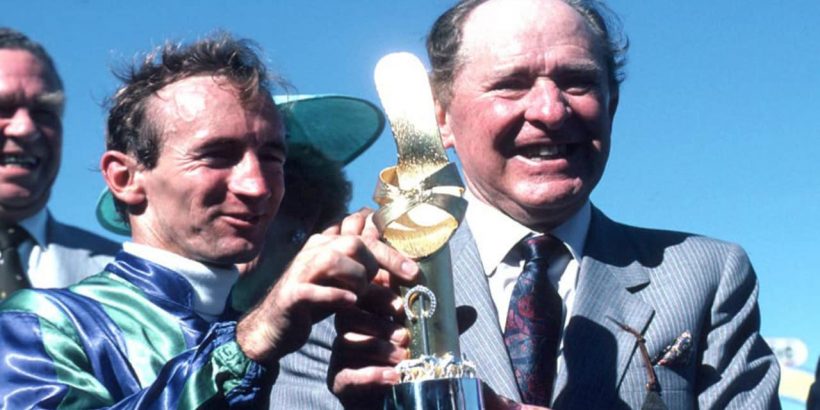 Racing legends Tommy Smith and Bart Cummings and their Group 1 records have been inextricably linked for eternity.

A thorough revision of the big-race race records of the two greatest trainers in Australian racing history reveals both men prepared the exact same number of Group 1 winners – 246!

Smith and Cummings, two icons of Australian racing, were friendly rivals when they dominated the sport during lengthy training careers that spanned more than five decades.

There is a poetic symmetry in the realisation that Smith and Cummings eventually trained 246 Group 1 winners each.

It’s like Phar Lap and Winx, the nation’s greatest racehorses, both ending their careers with 37 race wins.

Or Mark Taylor famously declaring when he was 334 against Pakistan leaving him level with Sir Donald Bradman’s highest Test score.

The records of Smith and Cummings – and many other champion trainers and jockeys – has been open to interpretation for decades because the national racing industry doesn’t have a complete and official list.

But respected racing historian Malcolm McLaren of Form Focus has painstakingly researched and updated the Australian Group 1 results of our leading trainers and jockeys to finally provide an accurate summary of their achievements.

Bruce McAvaney, the voice of Australian sport, described the Smith-Cummings deadlock on 246 Group 1 wins as a “beautiful” statistic.

“The fact their two numbers coincide is the right result because Tommy and Bart were both the greatest.

“I always thought how do you measure and compare these two trainers? The arguments will go on forever, it’s an enduring debate.

“So, I feel it is appropriate and quite good fortune that their Group 1 numbers come together at 246, it’s a ‘beautiful’ number.

“Statistically, factually and historically, Tommy and Bart can’t be separated – how good is that!”

Smith had been credited with 282 Group 1 wins but there were anomalies in his record that resulted in the revised number being 246.

For example, Smith trained 13 Flight Stakes winners which were included in the trainer’s Group 1 tally but 11 of those were prior to the race being elevated to Group 1 status in 1985.

Similarly, his 10 wins in the Chipping Norton Stakes were all achieved prior to 1985 when the race was made elevated to Group 1 level.

There were also some Group 1 wins omitted from Smith’s career total including two Railway Quality wins before that race was renamed the George Ryder Stakes and given Group 1 status when the Group and Listed race system was adopted in 1979.

Cummings was thought to have won 268 Group 1 races until the same issues were identified with his record amended to 246 majors and joining Smith as the all-time leading trainer of Australian Group 1 wins.

There were similar errors made with Cummings’s Group 1 recorded including his six wins in the Craiglee (now Makybe Diva) Stakes which were recorded before that race was upgraded to Group 1 in 2013 and six of his seven Lightning Stakes wins happened before the sprint was elevated to the top level in 1987.

Smith’s daughter, Gai Waterhouse is third on the all-time trainer rankings of Group 1 wins with 144 followed by Chris Waller on 125 and Lee Freedman 124.

Waterhouse, trains in partnership with Adrian Bott these days, is edging closer to the magical 150 Group 1 winner barrier.

But Waller, who prepared his first Group 1 winner in 2008 when Triple Honour won the Doncaster Mile, is rising rapidly through the rankings while Freedman is about to relaunch his Australian training career from his Gold Coast stable base later this month.

McLaren has also revised the big-race wins of our leading jockeys with Damien Oliver leading with 118 Group 1 wins from George Moore on 104, Jim Cassidy is next with 98 followed by Hugh Bowman on 93 and Glen Boss with 88 majors.