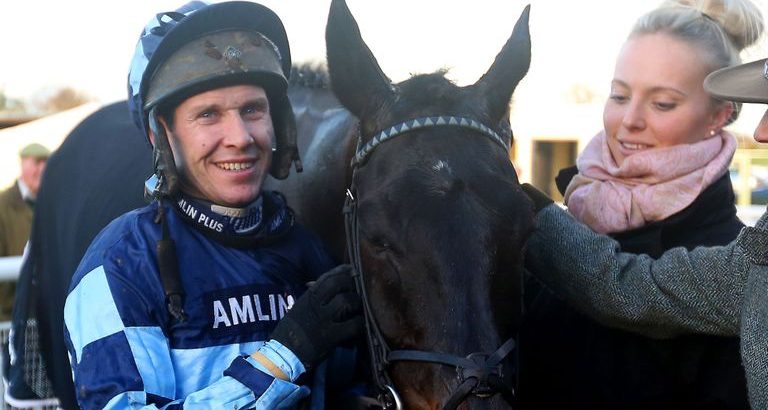 Harriet Graham is hoping to book Richard Johnson for Aye Right in the Ultima Handicap Chase at Cheltenham.

The ride has come up for grabs as Aye Right’s regular partner Callum Bewley will be serving a suspension during the Festival.

Bewley has ridden Aye Right in all but one of his 22 races, with Johnson on board when the horse won a handicap hurdle at Kelso in September 2019.

Jedburgh trainer Graham said: “He’s on track to go to the Ultima at Cheltenham.

“I’m thinking Richard Johnson will probably be on him. Callum is banned for Cheltenham, so he can’t ride him. He would normally have ridden him.

“It’s all systems go for Cheltenham.”

Graham decided against a trip to Kelso this weekend as part of the eight-year-old’s preparation.

“We would have liked to have gone to the Premier Chase at Kelso,” she added.

“But it’s just a bit too close to Cheltenham, so we decided not to.”

Aye Right has performed with great credit in all his four starts over fences this season, without getting his head in front. His efforts include a third in the Charlie Hall Chase and second in both the Ladbrokes Trophy and the Sky Bet Handicap Chase.

His form from the Ladbrokes Trophy was boosted at Kelso on Saturday when race winner and Grand National favourite Cloth Cap landed the Listed Premier Chase with ease.