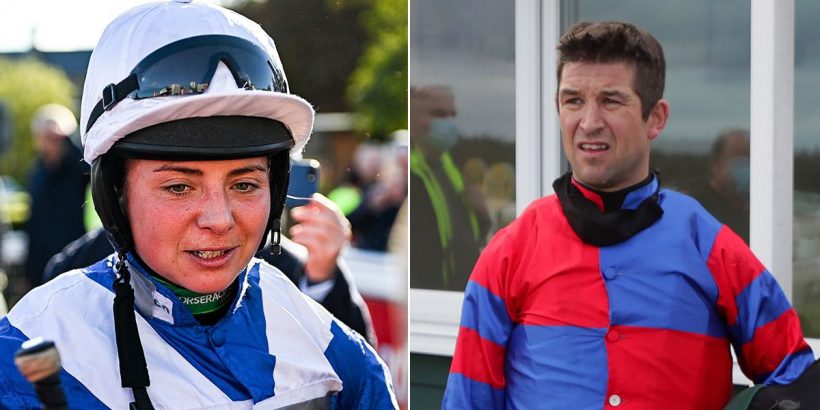 Up to six days have been scheduled for the long-awaited and lengthy case, which centres on a 120-page report.

The sport's regulator, the British Horseracing Authority, will begin the proceedings from next Tuesday.

An independent panel has to consider whether Dunne is in breach of the rules.

The 36-year-old was charged with conduct prejudicial to the good reputation of horse racing and acting in a violent or improper manner.

The Scottish Grand National-winning jockey denies the allegations, which were leaked to the Sunday Times.

Retired judge Brian Barker will chair next week's panel, alongside James O'Mahony and Alison Royston, at the BHA's headquarters in London.

It will continue on the dates of December 1, 2 and 7-9 if required.

The panel is set to rule on whether Dunne was "bullying and harassing a fellow licensed jockey" between 13 February 2020 and 3 September the same year.

Members will look into claims the rules were contravened by "verbally abusing and threatening a fellow licensed jockey" at Stratford on 8 July 2020, Uttoxeter on 17 August 2020 and Southwell on 3 September 2020.

Frost lodged a complaint with the BHA in the aftermath of her King George VI Chase success on Frodon last Christmas.

She was the first female jockey to win the Grade 1 race at Kempton, one of the highlights of the National Hunt season.

The Professional Jockeys Association called for the charges to be thrown out after details of the case report were leaked – which led to much discussion about the culture of the weighing room.