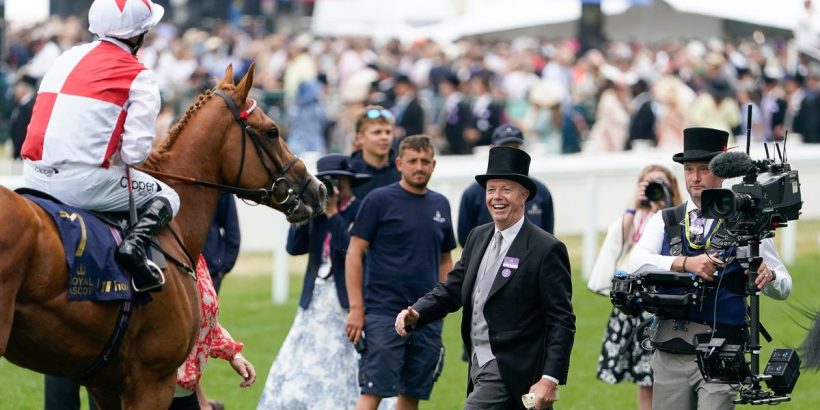 The owner of the winning horse in this year's Royal Ascot revealed they only entered the race because they wanted tickets for the event.

Holloway Boy became the first winning newcomer at the Royal Ascot in 26 years earlier today, with the 40-1 horse not being given the credit he deserved going into the yearly event. Following the shock event that saw jockey Danny Tudhope win his fourth race this week all at odds of 20/1, 16/1, 5/2 and 40/1 respectively.

Trainer Karl Burke revealed the real reason the horse was entered into the race and that he didn't expect to win either. According to Oddschecker, he said: "The owner got let down for a box, he said 'how can I get some tickets?' I said 'oh we'll enter the horse'. I thought, I'm not gonna run him, and then I said, 'sod it we'll run him and just give the owners a nice day out'."

Earlier today the Daily Star reported on one lucky punter who managed to take home an eye-watering £300,000 after they guessed the winner of every race on day four of the festival. The unnamed punter scooped a regal total of £307,464.02 from a £2.50 each-way accumulator at total odds of 122,889/1.

Needless to say, William Hill came through with their odds and tipped their top hat to the lucky punter.

Did you see Holloway Boy as a dark horse going into the final day of the racing festival? Let us know in the comments section

Tony Kenny, William Hill spokesperson, said: "Many of our customers try going through the card at the bigger meetings like Royal Ascot or Cheltenham but few manage it.

"However, one pulled off the incredible feat of successfully choosing all seven winners on the penultimate day of the royal meeting at a frankly ridiculous price of 122,889-1."