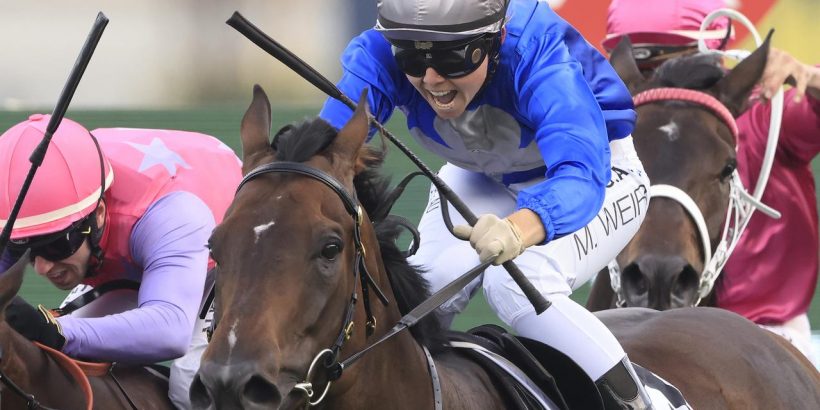 For the Hunter Valley-based trainers the Scone Cup is their Doncaster Mile and Todd Howlett will be chasing a hometown win in the $200,000 handicap on Friday.

Howlett will saddle up the talented Two Big Fari in the 1600m quality and the Muswellbrook-based trainer believes his smart performer is ready to produce a big performance against the raiding city gallopers.

“This is our race, it means a lot to us locals from the Hunter,” Howlett said.

“You just have to look at a stable like Peter and Paul Snowden’s.

Two Big Fari has been targeted at the Scone Cup after he was beaten into sixth in the $200,000 Tamworth Cup (1400m) late last month.

“I think he’s come right on from Tamworth.

“I know it’s not an easy race but I really couldn’t be any happier with him.

Two Big Fari will again be ridden by Howlett’s former apprentice Mikayla Weir who teamed up with the son of Walking Or Dancing to score a city win the last time they ventured to town in November last year.

Friday’s Scone Cup will be the first time Howlett has asked Two Big Fari to stretch beyond 1500m but he’s hoping that could be the ace he has up his sleeve.

“I don’t think the mile is a problem,” he said.

“It’s going to be interesting to see how it plays out but I’ve always wanted to get him out to this trip and I wouldn’t shock me if he was even a better horse out at a mile.

“I remember when Brenton (Avdulla) rode him a couple of times for me as a young horse he used to say he’d like to see him stretched out to 10 furlongs.

“This is the first time we’ve been able to go beyond 1500m so hopefully we can draw a gate to give him a nice quiet run and we’ll see what happens.

Howlett’s last runner in the Scone Cup was his former talented galloper Star Of Octagonal which finished fifth behind Raspberries in 2012.