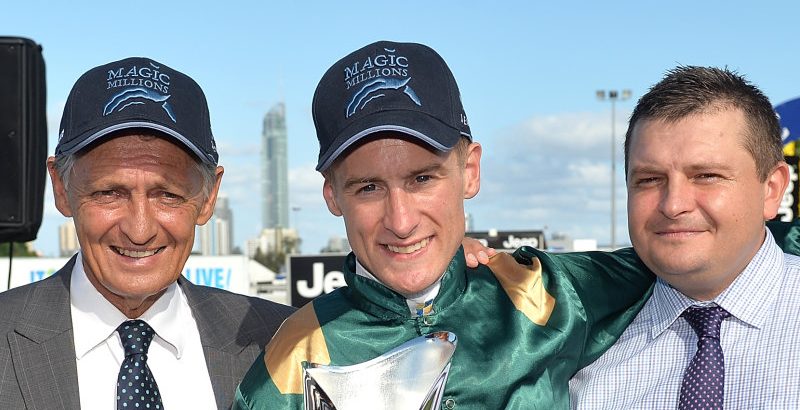 One-time premier Sydney jockey Blake Shinn will return to the Harbour City for the first time since coming back from Hong Kong to ride Paris Dior in Saturday’s Golden Rose at Rosehill.

A Melbourne Cup-winning jockey, Shinn has been booked by Peter and Paul Snowden for the three-year-old group 1 and the talented Dynasties in the Golden Pendant. 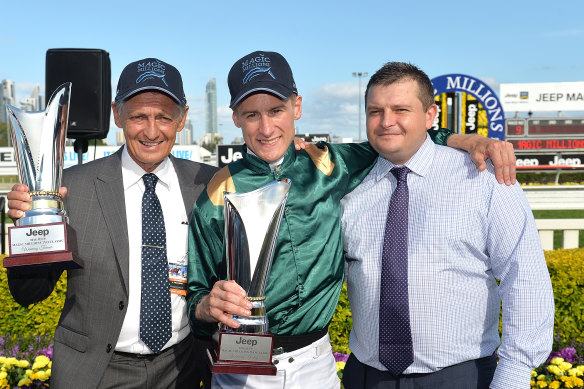 Blake Shinn between Peter and Paul Snowden after winning the Magic Millions on Capitialist.Credit:Getty

“It was a good phone call to get to be asked to ride Paris Dior and it was an easy answer,” Shinn said. “The Snowdens have always been big supporters of mine and we have won a Golden Slipper and Magic Millions together [with Capitalist].

“I think looking at this filly’s form, we have a good chance to get another one on Saturday. She probably has better form than the favourite In Secret as a two-year-old, winning the Percy Sykes Stakes, and realistically she wasn’t at home in that heavy ground at her only run as a three-year-old.”

Paris Dior was scratched from the Tea Rose Stakes on Saturday to be saved for the Golden Rose after being fourth in the Furious Stakes on her return.

“I have had a look at her videos and she looks to be a filly that is going to love the 1400m and I know Peter and Paul will have her spot on,” Shinn said. 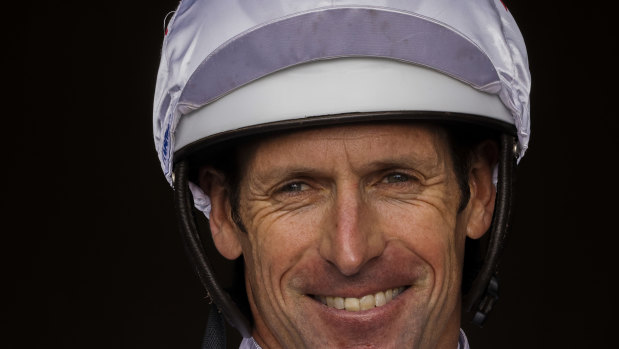 Paris Dior will be part of a strong group of fillies taking on the colts in the Golden Rose with Golden Slipper and Sires winner Fireburn, Champagne Stakes winner She’s Extreme, and In Secret.

Meanwhile, Hugh Bowman will appeal his 13-day suspension for failing to ride Lost And Running out to the line in The Shorts, in an attempt to be free to ride Best Of Bordeaux in Golden Rose.

Ben Melham has been booked to ride Zou Tiger.

He might have become Godolphin’s best group 1 horse in Australia with his fifth win at the top level in Saturday’s George Main Stakes, but it was the postscript from Anamoe’s commanding victory that attracted concerns.

The Street Boss entire looked lame in his action while returning after dominating his rivals, and it had jockey James McDonald concerned. It took a third veterinary examination by Racing NSW vets to find him to be three-in-five lame before leaving Randwick.

Godolphin will look after their valuable future stallion, but reports on Sunday were better than expected about Anamoe continuing into the spring.

“He improved a lot from when he left the racecourse to when he got to home to Osborne Park,” trainer James Cummings said. “He was all right this morning, but we will monitor him closely.”

He will need to get a veterinary certificate before returning to the races. 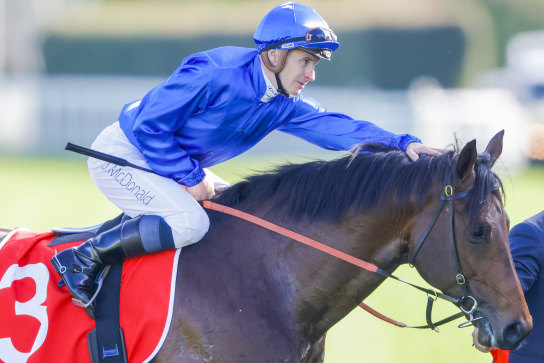 Racing NSW needs to make an early decision on how much the Epsom weights will be raised with the top weights looking likely to be Top Ranked and Kolding with only 55.5kg.

That would see a lot of jockeys counted out from taking rides in the premier spring mile with the majority of the field to carry 54kg or less.

A kilogram rise for the top weight would help at the top and the bottom of the weights to give connections more opportunities to find jockeys.

The star of the spring for Godolphin might not be on the track with the bookings flooding in for Golden Rose winner Astern at his $11,000 service fee.

The stallion hadn’t been popular early in the season but with sons Aft Cabin (favourite for the Caulfield Guineas) and Golden Mile (the second pick in Golden Rose betting) looking good, his stock is on the rise.

“The phone has been ringing and at $11,000 he is very competitive,” Godolphin boss Vin Cox said. “The next couple of weeks could give him another big boost, but he is filling up quickly.”

Sky Channel again showed no feel for the sport by moving the MRC Foundation Cup, a race that carries an exemption from the ballot to Caulfield Cup, to its secondary channel on Saturday.

Sky has often been criticised for split screens on Melbourne races, but moving an important race to Sky 2 is a new low for the media business of Tabcorp, particularly to show a preview to The Shorts from Randwick.

The Caulfield meeting had to move back a race after a storm during the Guineas Prelude, but if it had not been, it would have seen Sky push a group 1 in the Sir Rupert Clarke Stakes to Sky 2.

The MRC has repeatedly complained about the treatment of its product on Sky and should again be the phone on Monday.

It is understood that Sky has an agreement for NSW races to have a lead-in period before start time of up to a couple of minutes, which continually alienates customers. 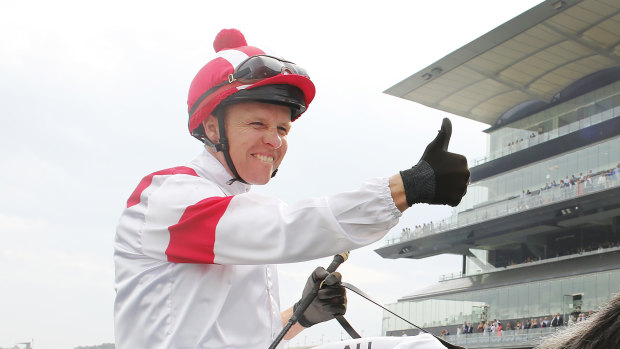 Chris Waller has booked Kerrin McEvoy to ride Durston in the Metropolitan, but the new favourite for the 2400m test will need a penalty for his Newcastle Cup win to get into the field.

Durston was out of the handicap for the group 1 staying test when weights were released and only got 50kg but he should get at least a two-kilogram for his victory at Newcastle after winning the Wyong Cup.

Only Carzoff and Bianca have completed the provincial Cup double this century with Bianca going on to be Metropolitan runner-up in 2008.

Durston replaced Benaud, which was a game Kingston Town Stakes runner-up on Saturday, at the top of Metropolitan after the weekend.

McEvoy also has the ride on Hinged in the Epsom for Waller, while Tommy Berry has the ride on Fangirl in the big mile. Both mares remain near the top of betting with Bill Ritchie Stakes winner Top Ranked and George Main Stakes runner-up Icebath challenging for favouritism.